EPL: New TV technology to take fans 'inside the game'

True View, used in TV coverage of Sunday`s Super Bowl and also to bring fans courtside in NBA, will allow 360-degree replays of all the key moments. 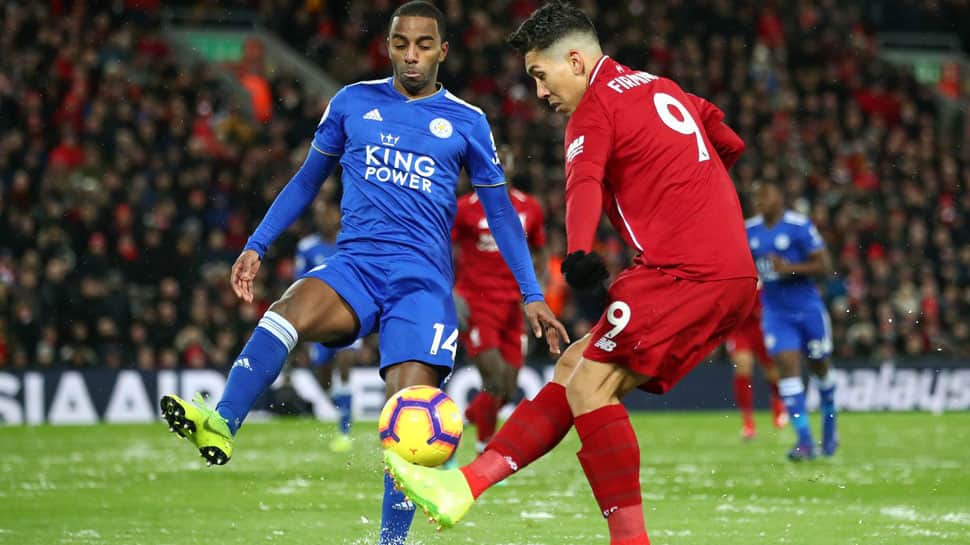 Fans of Liverpool and Manchester City are set to watch this season`s Premier League title race from "inside the game", even through the eyes of Sergio Aguero or Mohamed Salah, thanks to the latest in broadcasting innovation.

Technology giant Intel has partnered with champions City, Liverpool and Arsenal to introduce its state-of-the-art True View system to the Etihad, Anfield and Emirates stadiums.

360 replays, highlights viewable from every angle and an entirely new matchday experience

Our new partnership with @intel will bring the innovative True View technology to Anfield...

True View, used in TV coverage of Sunday`s Super Bowl and also to bring fans courtside in NBA, will allow 360-degree replays of all the key moments.

The cutting-edge technology will also allow viewers to experience winning goals, flying saves or last-ditch tackles from the perspective of the players on the pitch.

Using 38 5K ultra-high-definition cameras to capture vast quantities of "volumetric data" -- or three dimensional pixels -- Intel`s servers then crunch it all down to provide incredible 3D replays from every conceivable angle.

In 2018, technology investments into sports reached nearly $1 billion -- much of it to satisfy a seemingly insatiable demand for content across traditional TV platforms and social media.

True View, according to James Carwana, vice president and general manager of Intel Sports, is a step further than anything Premier League fans will have experienced before, whether watching host broadcaster coverage or through club websites.

"We have seen some similar types of examples where they use more of a video-game looking feel, but this is the real match in a way where fans can see what the player is seeing on the ball," Hogan told Reuters.

"The ability to feel like you are actually on the pitch is something really exciting for the broadcast experience.

"It`s deeply engaging from a fans perspective and from our perspective it`s 24-7, 365-day interaction with our supporters whether they are nearby or on the other side of the world."

Only three Premier League clubs have so far joined with Intel with True View set to be rolled out "later this year".

Manchester City`s senior vice president of Partnerships Damian Willoughby said True View fits into the club`s ethos for innovation which saw it offer free stadium wifi on matchdays and "tunnel cam" which offers fans a peek "behind the scenes".

"It`s about how we enhance the fans` experience and give our global audience a deeper experience of the content around the game," he said. "For us this is a natural extension of us being the cutting edge of fan engagement.