With a third straight home win under Rafa Benitez, Newcastle have moved up to 14th spot in the league standings. 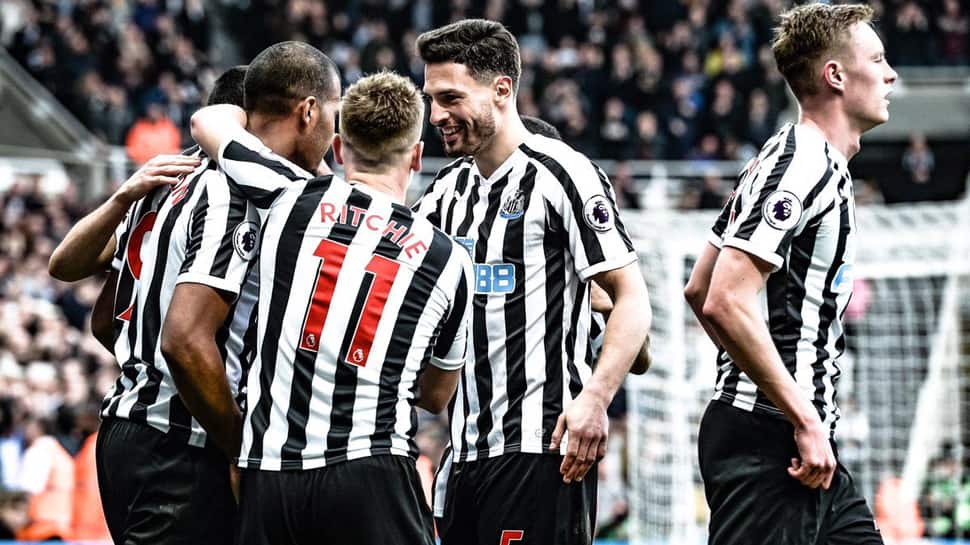 Newcastle United`s 2-0 win over 10-man Huddersfield Town on Saturday eased their Premier League safety fears and sent the Terriers hurtling ever faster towards relegation to the Championship.

The top-flight`s basement club looked lost again as soon as captain Tommy Smith was given a 20th-minute red card and second-half goals from Salomon Rondon and Ayoze Perez sent them spinning to a 13th defeat in their last 14 league matches.

The St James` Park faithful also found a new hero to cheer as they eased their way clear of the relegation zone, offering a standing ovation to record signing Miguel Almiron after the Paraguayan made a striking full debut.

A fourth straight league loss for Huddersfield`s new manager Jan Siewert left the Terriers stranded six points behind Fulham and 14 adrift of 17th-placed Cardiff City as Newcastle, with a third straight home win under Rafa Benitez, moved up to 14th.

Almiron, making his first start for Newcastle after his club record 20 million-pound ($26.1 million) move from Atlanta United, came off to rapturous cheers after tormenting Huddersfield`s defence for 80 minutes.

The full debut of the Paraguayan was eagerly awaited by the home fans with the 25-year-old being their biggest signing since Michael Owen 14 years earlier.

Almiron delivered handsomely and quickly, chipping over Jonas Lossl and hitting the post early on before having another effort cleared off the line.

He was also the victim of Smith`s lunging, over-the-top challenge which earned the visiting captain a straight red card before his speed and trickery continued to torment a depleted rearguard.

Only Newcastle`s finishing -- they hit the woodwork four times and were denied by brilliant saves from Lossl -- let them down as they dominated proceedings.

A minute after the break, though, Rondon broke the deadlock with a low strike before laying on the 52nd-minute clincher from Spaniard Perez.

"His contribution in terms of work rate was really good.He will be pleased with his performance and the fans will be too. He will give us a different characteristics and different options," he told the BBC.

"We needed to win and did it creating a lot of chances. We had 29 attempts which is not bad -- their keeper did well. But it does not matter because we got the win."