Back-to-back draws for Liverpool, have handed City an opportunity to move to the top of the league table for the first time since December with a win over Everton on Thursday. 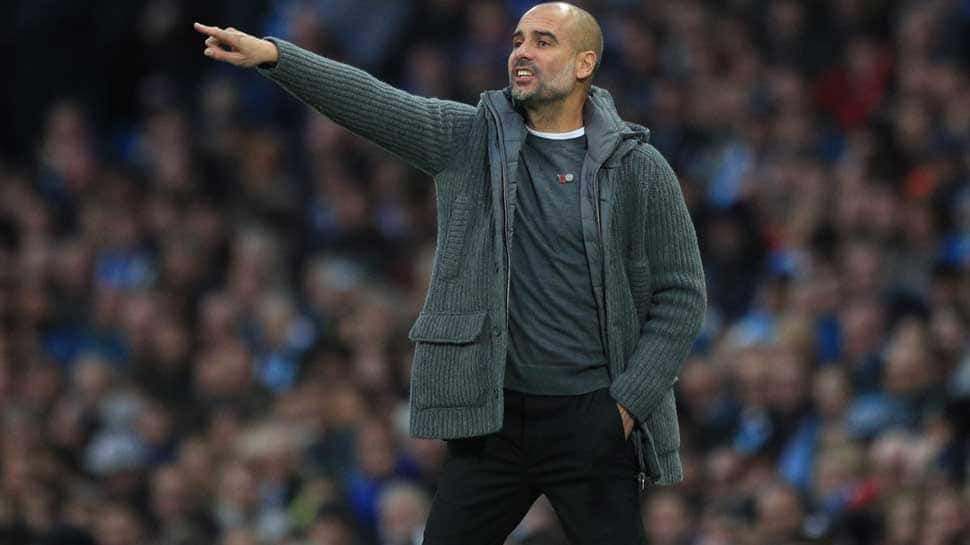 Manchester City manager Pep Guardiola, believes critics have been too quick to write off his side's chances of defending the Premier League crown. He also expects more twists and turns in the title race.

Back-to-back draws for Liverpool, have handed City an opportunity to move to the top of the league table for the first time since December with a win over Everton on Thursday.

Guardiola stressed the need for calm during the title run-in, saying the quality of their Premier League opponents means there will be plenty of surprise results between now and the end of the campaign.

"Three or four days ago we were already done, the champions were Liverpool. Now we can be leading," Guardiola told reporters.

He added, "We try to be calm. There will be surprises and it will be tough for teams to win every game. Non-contenders have the ability to create problems."

"What I'm more concerned about is never to forget who we are as a team, doing what we have to do. That's what I want to watch and after we see about the results, the table."

City rebounded from a midweek league defeat against Newcastle United to beat Arsenal 3-1 on Sunday.

When asked if the result had lifted the mood in the dressing room, Guardiola said, "I like to see my teams in the past and in the future being not happy when they don't win a game."

"I don't like to see them laugh when they lose. My job is nice when you laugh and have won."

He also said that the team have hardly had any time to savour their wins due to the packed match schedule.

"It's been every three days for three months. It's like a machine – go, go, go," Guardiola said on a concluding note.