Pereyra, Watford's top scorer in the league with six goals from 24 starts, and Nigeria's Success last played in the club's 1-2 defeat at Tottenham Hotspur in late January. 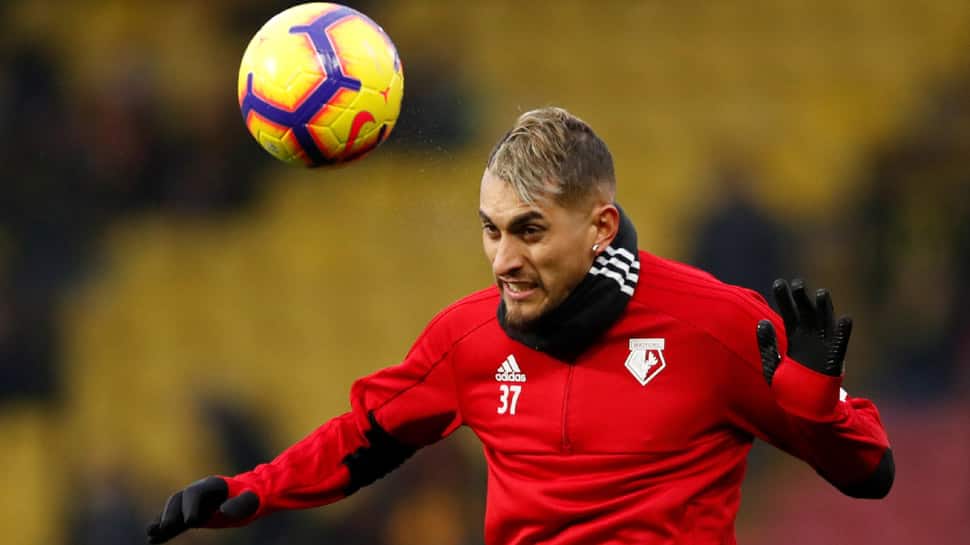 Watford midfielder Roberto Pereyra and forward Isaac Success, have shaken off hamstring injuries and will be available for Saturday's Premier League trip to Cardiff City, manager Javi Gracia has said.

Pereyra, Watford's top scorer in the league with six goals from 24 starts and Nigeria's Success last played in the club's 1-2 defeat at Tottenham Hotspur in late January.

"Roberto and Isaac are both ready to compete. Roberto is a very important player, making the difference in a lot of games, scoring goals and assisting," Gracia told a news conference.

"Isaac hasn't played the same minutes as other players, but the time he played, he played with quality and is helping the team. He's a good option in attack with his power and pace," he added.

The return of the duo is a boost for Watford, who are in eighth spot on 37 points, two points behind Wolverhampton Wanderers and still in with a chance of securing European football next season.

"All is possible, but I don't like to think about if we are going to finish at seventh or 12th position," Gracia said.

"I prefer to be focused on the next game and to try and get the next three points, because it is the only way I know to improve our position at the end of the season," he added.

Defender Sebastian Prodl could play a league game for the first time this year after overcoming hamstring and knee injuries.

PSG's Neymar to return to Brazil for treatment on foot injury