Needing a 14th successive league win to be certain of prevailing in an unprecedented title duel, City fell behind to Glenn Murray`s 27th-minute header but Pep Guardiola`s side responded in devastating fashion. 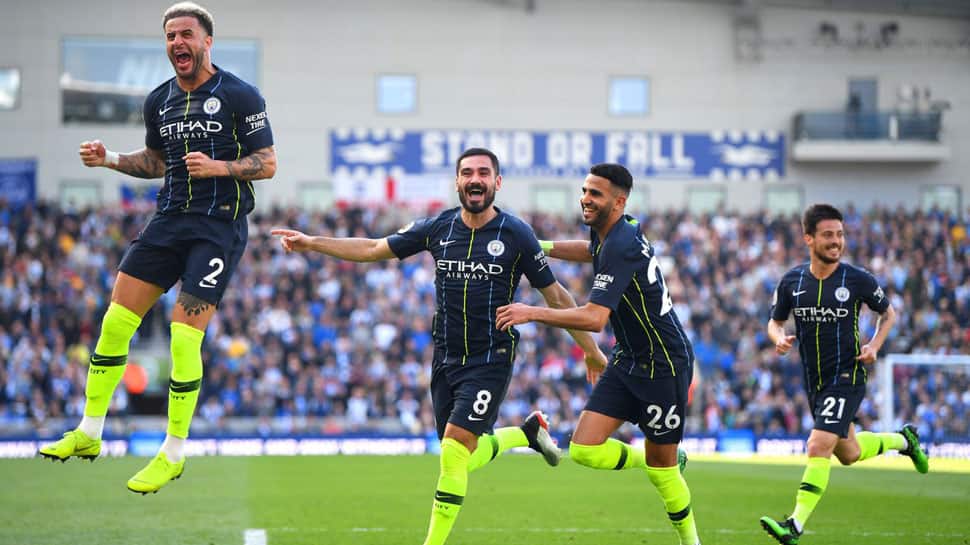 Manchester City claimed the win required to finally end Liverpool`s relentless attempt to dethrone them as Premier League champions as they hit back from a goal down to crush Brighton and Hove Albion on the south coast on Sunday.

City ended the season with 98 points, just two shy of last season`s record-breaking 100, while Liverpool`s 2-0 victory over Wolverhampton Wanderers saw them end on 97 -- by far the largest tally for a Premier League runners-up.

Needing a 14th successive league win to be certain of prevailing in an unprecedented title duel, City fell behind to Glenn Murray`s 27th-minute header but Pep Guardiola`s side responded in devastating fashion.

With Liverpool, who began the day one point behind, leading, the Anfield club would still have hoped for something extraordinary to happen in the south coast sunshine.

But when Riyad Mahrez drove an unstoppable shot past Brighton keeper Mathew Ryan`s despairing dive just past the hour, City`s fans could finally get the party started.

Ilkay Gundogan`s majestic free-kick made it 4-1 to put the icing on another glorious day for City who are the first club to retain the Premier League title in 10 years.