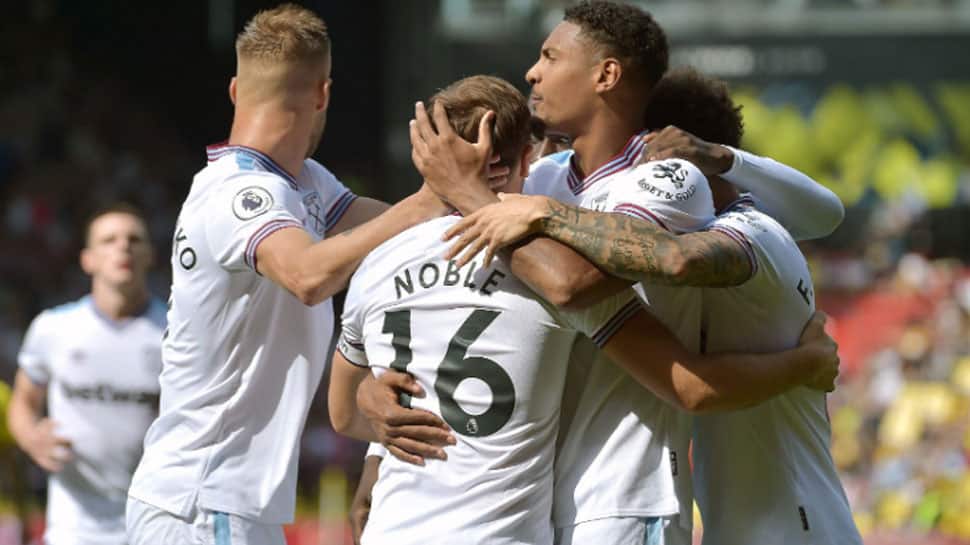 Record signing Sebastien Haller scored a tap-in and a superb bicycle kick for West Ham as they beat Watford 3-1 in the Premier League at Vicarage Road on Saturday, the home side`s third straight league defeat of the season.

Andre Gray scored Watford`s first goal of the season to put the home side level in the 17th minute, latching on to a Will Hughes pass and lashing the ball home first time.

After a superb attacking display in the first half, Watford started the second period brightly but the wheels came off when Hughes missed from point-blank range after more good work by Gray.

That mistake was to prove costly in the 64th minute as Felipe Anderson got free down the left before angling a pass in to the feet of Haller, who signed for a reported 45 million pounds ($55.25 million) from Eintracht Frankfurt in July, and he fired home with ease.

The 23-year-old French striker sealed the Hammers` first win of the season with an acrobatic overhead kick nine minutes later after Michail Antonio`s header was palmed on to the crossbar by Ben Foster.

"It`s really important to get a win. It was time to win a game to launch the season. Now it`s done, we`re really happy with the result and the work from the boys," an elated Haller said.

West Ham manager Manuel Pellegrini lauded the attacking spirit of the game and praised the performance of second-half substitute Antonio, who caused havoc in the Watford defence after coming on in the 56th minute.

"The game was open but I told the players it would be before the game. Both teams, especially in the first 45 minutes were very open in both boxes. The impact of Antonio was decisive," he said.

EPL: Three out of three for Liverpool as Arsenal dispatched