Angus Gunn made a series of fine saves to earn the struggling visitors a point and leave Chelsea in fourth, 10 points adrift of leaders Liverpool. 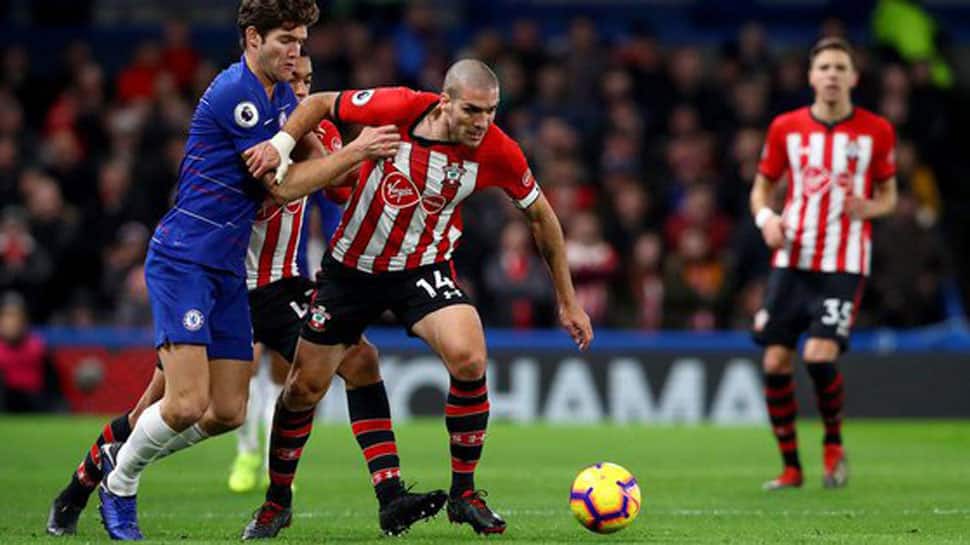 The 22-year-old made a series of fine saves to earn the struggling visitors a point and leave Chelsea in fourth, 10 points adrift of leaders Liverpool.

Chelsea, as expected, dominated possession and top-scorer Eden Hazard had the best chance of the first half but Gunn blocked the Belgian`s point blank shot in the 34th minute.

Southampton started the second half with more purpose and, minutes in, midfielder Stuart Armstrong tested Kepa Arrizabalaga in the Chelsea goal for the first time, the Spanish keeper having to dive to push the ball clear.

Gunn denied Hazard again in the 56th minute with a fine save after the Belgian had danced round the Southampton defence.

Hazard, at the centre of most dangerous-looking Chelsea moves, put Alvaro Morata through in the 70th minute and the Spaniard`s shot hit the back of the net but was judged offside.

Gunn smothered another Morata shot eight minutes later after the striker had been put through by substitute Ruben Loftus-Cheek and kept out Marcos Alonso in the dying moments of the game.