Italy`s first home win since they beat Israel in a World Cup qualifier in September 2017 gave them an ideal start as they attempt to put their failure to qualify for last year`s World Cup behind them. 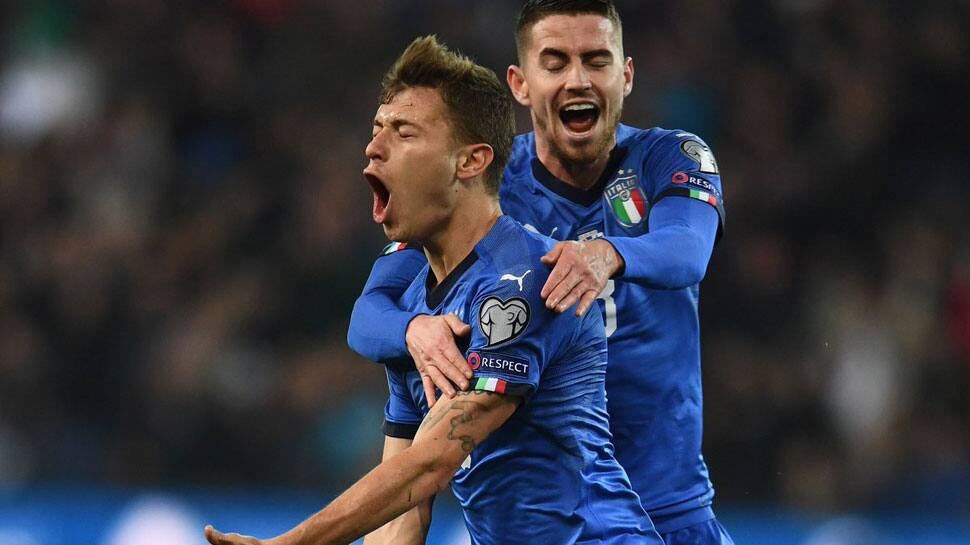 Midfielder Nicolo Barella and forward Moise Kean scored their first international goals to give Italy a 2-0 win over Finland in their opening Euro 2020 qualifier on Saturday.

Barella, 22, gave Italy the perfect start by scoring with a deflected shot after seven minutes of the Group J match and Kean, the first player born after 2000 to play for Italy, added the second in the 74th minute.

Italy`s first home win since they beat Israel in a World Cup qualifier in September 2017 gave them an ideal start as they attempt to put their failure to qualify for last year`s World Cup behind them.

"It was not an easy game, they defended almost from the start with five at the back," said Italy coach Roberto Mancini.

"We made some mistakes in the first half but the second was much better."

It was not just the youngsters who shone as 36-year-old Sampdoria striker Fabio Quagliarella, Serie A`s leading scorer this season, was brought on in the second half for his first international appearance since 2010.

He forced an excellent save from goalkeeper Lukas Hradecky and hit the crossbar. "It was a stupendous evening," he said.

Finland set out to frustrate Italy but that plan had to be scrapped when a clearance went straight to Barella who met it first time from the edge of the area and a deflection wrong-footed Hradecky.

The visitors came into the game but made little headway and Italy`s Federico Bernardeschi had a penalty appeal waved away before halftime.

Italy survived a major fright in the 65th minute as Robin Lod burst down the right in acres of space and slipped the ball to Teemu Pukki who turned his shot wide from six metres.

Having got into plenty of good positions only to be let down by their final pass, Italy finally got it right when Ciro Immobile slipped the ball through to Kean and the 19-year-old fired a confident finish past Hradecky.

In the group`s other matches, Bosnia beat Armenia 2-1 in Sarajevo and Greece won 2-0 in Liechtenstein.

Midfielder Miralem Pjanic, at the centre of Bosnia`s best moves, provided the corner for Rade Krunic to head in after 33 minutes and Deni Milosevic added the second with 10 minutes left before Henrikh Mkhitaryan pulled one back from a stoppage-time penalty.

Greece took until first-half stoppage time to break down Liechtenstein in Vaduz, Kostas Fortounis volleying in from a Dimitris Kourbelis cross.

Substitute Anastasios Donis then wrapped it up with an impressive finish in the 80th minute.