England have racked up 10 goals in two Group A victories against the Czech Republic and Montenegro while Bulgaria have managed only two points from four games and sit joint bottom of the group. 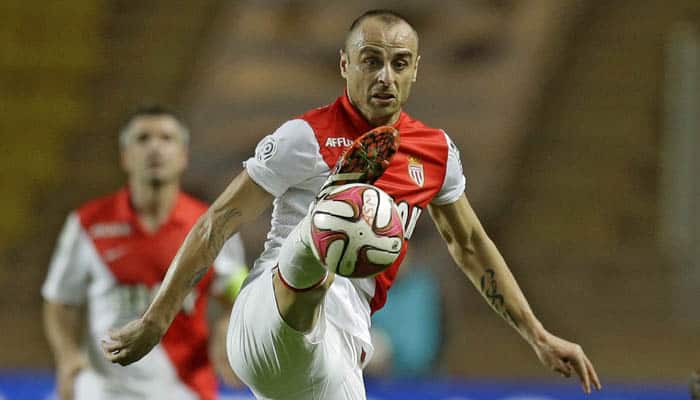 Dimitar Berbatov believes Bulgaria will need a footballing miracle to beat England in their Euro 2020 qualifier against England at Wembley on Saturday but says the Balkan nation could hurt Gareth Southgate`s side.

England have racked up 10 goals in two Group A victories against the Czech Republic and Montenegro while Bulgaria have managed only two points from four games and sit joint bottom of the group.

Bulgaria are winless in 10 previous encounters against England and the current squad is light years away from the one that reached the semi-finals of the 1994 World Cup when current manager Krasimir Balakov was their midfield linchpin and former Barcelona striker Hristo Stoichkov banged in six goals.

"This is a relatively young Bulgarian team. It isn`t dominated by one outstanding player, like Histro Stoichkov back in the day, or when I was in the team. What I like most about this Bulgarian team is their excellent spirit."

Berbatov picked out 22-year-old striker Kiril Despodov, on loan to Austria`s Sturm Graz from Italian club Cagliari, as one player who could cause England problems.

"He could hurt England with his speed and tricks on the ball, so England`s defenders need to watch out for him," he said of the 2018 Bulgarian Footballer of the Year.

Defeat at Wembley would leave Bulgaria`s hopes of qualifying for the finals looking forlorn but Berbatov hopes Balakov is given time to turn around their fortunes.

"He is a national legend," he said. "I know him well and had the pleasure of playing with him for the national team. He only took over as coach this year, so it`s too early to judge him, but I really want Balakov to succeed in the job."

Bulgaria have scored only two goals in their 10 clashes with England while Berbatov is one of only two Bulgarians to score at Wembley -- a statistic he hopes will improve on Saturday.

"I would love for someone else to find the net. In my wildest dreams, I would like us to win it," the 38-year-old said.