The game got off to a lively start as Edin Dzeko hit the post with a low shot for Bosnia before his AS Roma teammate Mkhitaryan gave the hosts a third-minute lead. 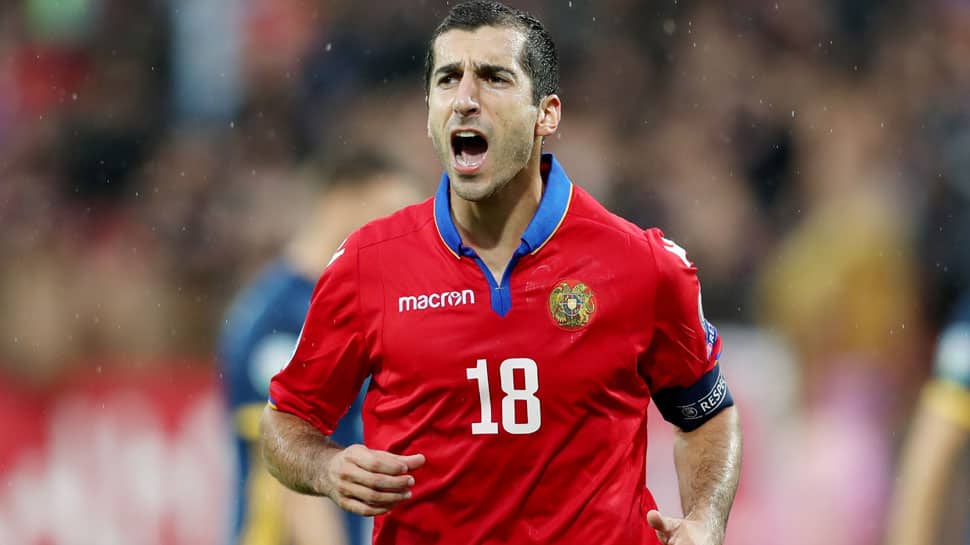 Armenia captain Henrikh Mkhitaryan scored twice as Armenia stunned Bosnia with a dramatic 4-2 win in their Euro 2020 qualifier on Sunday.

The win lifted Armenia above Bosnia in Group J as they moved into third place with nine points, three behind Finland. Bosnia are fourth with seven. The top two qualify for next year`s tournament.

The game got off to a lively start as Edin Dzeko hit the post with a low shot for Bosnia before his AS Roma teammate Mkhitaryan gave the hosts a third-minute lead.

The midfielder collected Tigran Barseghyan`s cross from the right before pushing it past goalkeeper Ibrahim Sehic and thumping it into the net.

Bosnia hit back 10 minutes later as Amer Gojak`s inswinging cross found Dzeko who got away from the Armenia defence to turn the ball into the net.

Mkhitaryan, Armenia`s record scorer, put his team back in front in the 66th minute when he provided an emphatic finish to a well-worked move, his 29th goal for his country, but Gojak levelled again for Bosnia four minutes later.

Mkhitaryan then turned provider as he supplied a perfect cross for Hovhannes Hambardzumyan to score at the far post in the 77th minute.

Gojak could have equalised in stoppage time but volleyed wide from a good position and then Stjepan Loncar turned Mkhitaryan`s cross into his own net to complete the scoring.

Finland were at home to Italy later on Sunday.

Euro 2020 qualifier: Portugal rekindle hopes with a 4-2 win in Serbia