Captain Sergio Ramos gave Spain a deserved lead in the 27th minute by converting a penalty to score a fourth goal in five European qualifiers, his third from the spot. 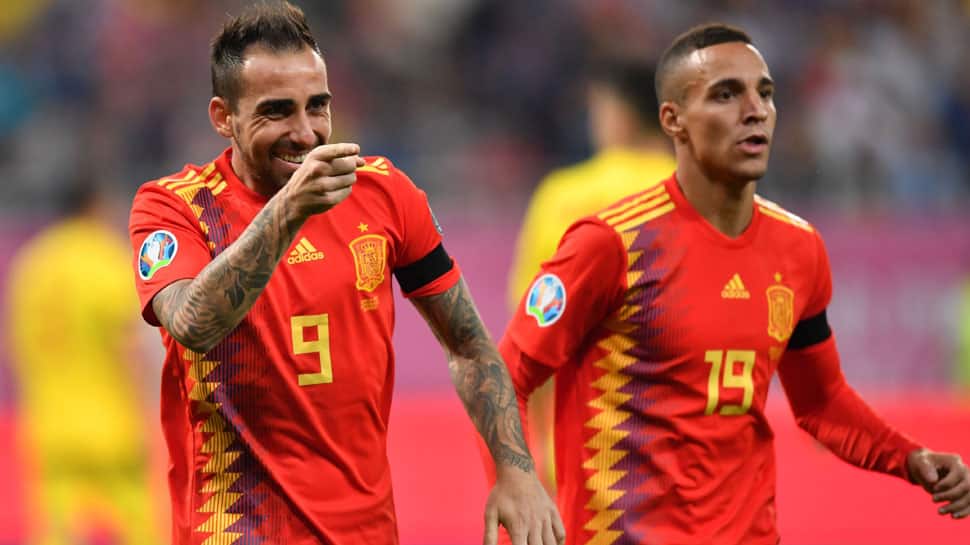 Spain made it five wins out of five in their Euro 2020 qualifying campaign by earning a scrappy 2-1 victory in Romania on Thursday despite playing the final stages with 10 men after defender Diego Llorente was sent off.

Captain Sergio Ramos gave Spain a deserved lead in the 27th minute by converting a penalty to score a fourth goal in five European qualifiers, his third from the spot.

Paco Alcacer put Spain further at ease by scoring early in the second half after missing three clear chances in the first, but substitute Florin Andone brought Romania back into contention with a close-range strike in the 59th minute.

The goal galvanized the vociferous home crowd and they grew more determined after Llorente was shown a straight red card with 11 minutes left for denying a clear scoring opportunity with a foul.

Spain were let off the hook when George Puscas blazed over the bar in stoppage-time after an outstanding save from goalkeeper Kepa Arrizabalaga and they clung on to earn a first win away to Romania at the seventh attempt.

Moreno`s side top Group F with 15 points from five games, Sweden are second with 10 after thrashing the Faroe Islands 4-0 away from home, while Norway are third on eight after beating Malta 2-0. Romania slipped down to fourth place on seven.