The Italians, who were already assured of advancing, top the group with a maximum 27 points and were joined by second-placed Finland (18 points). 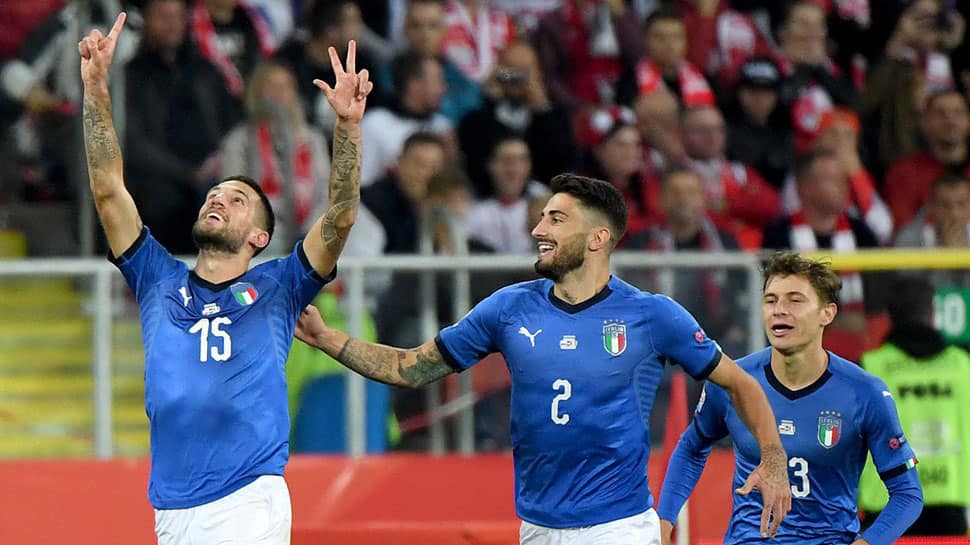 Italy stretched their perfect record in Euro 2020 qualifying to nine wins after goals from Francesco Acerbi, Lorenzo Insigne and Andrea Belotti gave them a 3-0 victory at Bosnia and Herzegovina in a lop-sided Group J qualifier on Friday.

The Italians, who were already assured of advancing, top the group with a maximum 27 points and were joined by second-placed Finland (18 points) who reached their first major tournament with a 3-0 home win over Lichtenstein in the early kickoff.

Bosnia dropped to fifth on 10 points and although Finland`s victory dashed any slim hopes they had of finishing in the top two, the Balkan country can still progress to next year`s tournament via the Nations League playoffs in March.

With Finland`s success reducing the game to a dead rubber, it was played at walking pace for long spells but the gulf in class was apparent as defender Acerbi fired the visitors ahead with a fine individual effort in the 21st minute.

Insigne doubled Italy`s lead with a bouncing shot on the turn in the 37th, while goalkeeper Gianluigi Donnarumma denied Bosnia`s Ermin Bicakcic and Adnan Kovacevic with a pair of excellent saves at the other end.

Disgruntled home fans treated Belotti to a standing ovation after the striker made it 3-0 with a spectacular 53rd-minute goal, as he took a through ball in his stride and beat Ibrahim Sehic with a thunderbolt from 18 metres.