Whittingham moved to Cardiff in 2007 and established himself as the club's legend with a total of 459 appearances and scoring 98 goals before departure from the team in 2017. 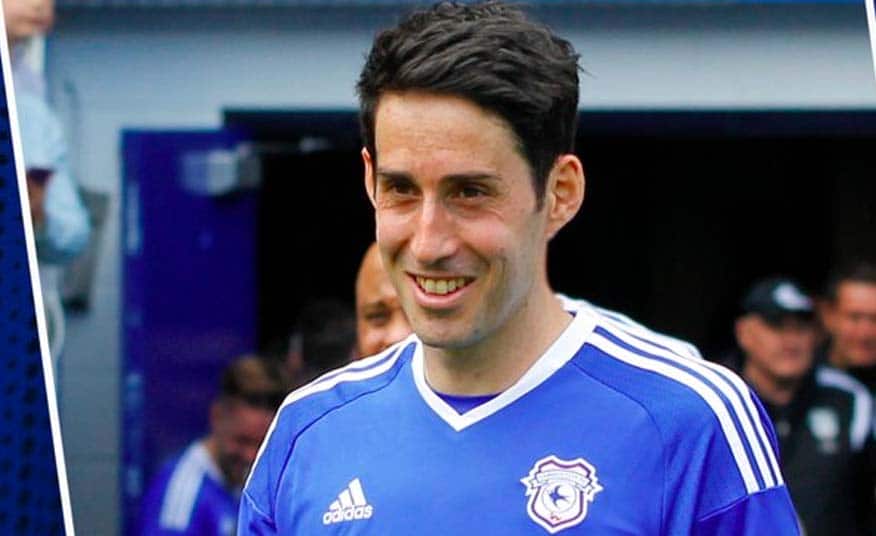 Former Cardiff City midfielder Peter Whittingham has passed away recently after suffering a head injury. He was 35-year-old.

Whittingham's former club Cardiff issued an official statement to confirm the sad demise of former Aston Villa player, who has been in hospital for more than a week after sustaining the head injury in a fall in a pub in Barry.

"It is with an immeasurable amount of sorrow that we must inform supporters that Peter Whittingham has passed away at the age of 35.We are heartbroken.The news of Peter’s sudden and untimely passing has shaken us to our very foundation," Cardiff said in an official statment.

"Our love goes out to his wife Amanda, their young son and family. They are at the forefront of our thoughts and, on their behalf, we ask for their privacy to be respected at this unfathomably cruel and difficult time.First and foremost, Peter was a family man - and somebody who could light up a room with his sense of humour, warmth and personality. Then, as a professional footballer - as a Bluebird - he excelled with talent, ease, grace and humility. Nobody did it better," statement said.

"The loss of Peter will be painfully felt by our city, supporters and indeed all who ever had the pleasure of knowing him. We love you Pete and your memory will eternally stay with us," Cardiff added.

Whittingham  began his career with Aston Villa in 2003 where he made 50 league games. His only league goal for Villa came during the side's 3-0 win over Portsmouth at Villa Park in November 2004.

He then moved to Cardiff in 2007 and established himself as the club's legend with a total of 459 appearances and scoring 98 goals before departure from the team in 2017.