Newport will also take heart from their encouraging home showing against Tottenham Hotspur in the fourth round last season, when Amond put his side ahead in the first half. 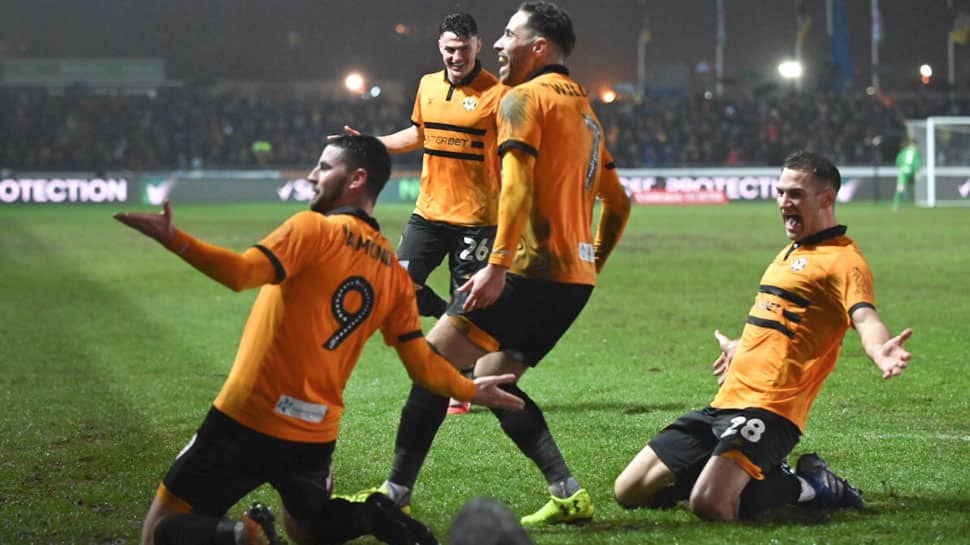 Newport County`s battered Rodney Parade pitch could unsettle Manchester City and give the League Two club a small advantage when they go for another FA Cup giant-killing next weekend, according to striker Padraig Amond.

The fourth-tier Welsh club set up a dream fifth round meeting with Premier League champions and five-times FA Cup winners City when they stunned Championship side Middlesbrough 2-0 in a fourth-round replay on Tuesday.

Having beaten Leicester City in the third round, County are gunning for a third upset and Amond said their uneven pitch, which the club shares with a rugby club, could come to their aid when they take on Pep Guardiola`s team on Feb. 16.

"We have to use all the advantages we can get, the bobbly pitch - we have to use that," said Irishman Amond, who scored County`s second goal against Middlesbrough on Tuesday.

"I think we should try and get a couple (of rugby fixtures) on there. We might get a rugby game on to make it interesting."

Newport will also take heart from their encouraging home showing against Tottenham Hotspur in the fourth round last season, when Amond put his side ahead in the first half.

England skipper Harry Kane`s 82nd minute equaliser forced a replay at Wembley, which the London side won 2-0 to advance.

"They won`t be used to it. It`s a different challenge, even for the best players in the world."