Football: India U-23 colts face Tajikistan in a must-win match

The India colts had lost to defending champions Uzbekistan in the first match. 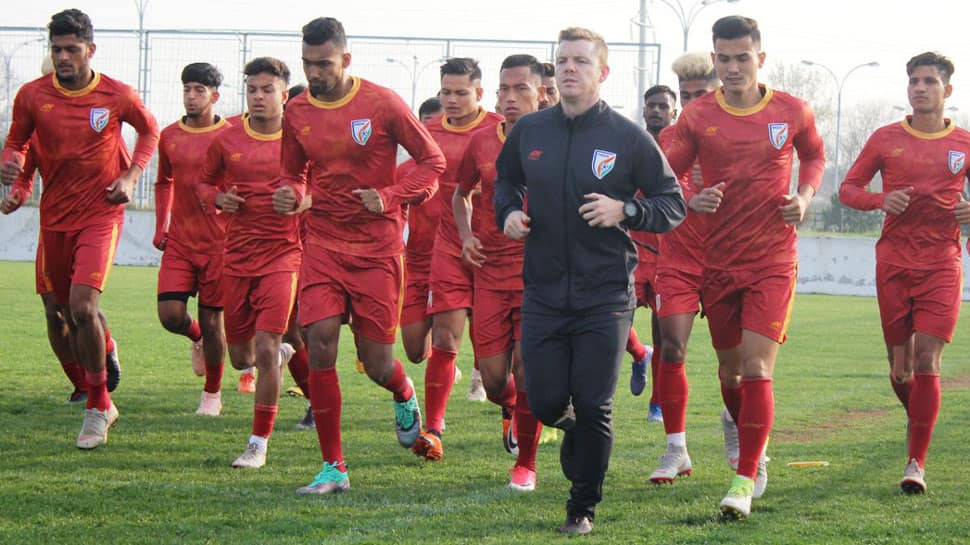 The India U-23 team will look to shrug off their disappointment in the first match when it takes on Tajikistan in a 'do-or-die' fixture on Sunday.

The India colts had lost to defending champions Uzbekistan in the first match.

"It's a very crucial game for us. It's more important given the current standing of the table," Head coach Derrick Pereira said.

"You might say it's do-or-die for us. We'll surely try to put in our best performance and see what awaits us."

After fighting valiantly in the first 45 minutes, the Indian boys eventually went down 0-3 against Uzbekistan.

"Uzbekistan were physically stronger and technically better than us. Our inexperience cost us the match. We have got two chances in the first half. Had we converted, we could have got an edge," he explained.

Unlike other groups in the qualifiers, group F comprises of only three teams which makes every single game hugely crucial in their pursuit of a berth in the finals, which is scheduled in Thailand next year.

"As we are playing only two matches, it's tough for us to rectify things and implement them on the pitch within 48 hours of playing the first match. But, we'll take the challenge head-on," Pereira said.

Vinit Rai, who donned the captain's armband at the Pakhtakor Stadium on Friday, expressed that his team has the potential to make a comeback against Tajikistan.

"We have made some mistakes and got punished against Uzbekistan. But if we are able to play to our true potential, we can surely get a positive result. We can't afford any margin of error. We have to take the chances with both hands whatever comes our way," Rai said.

Pereira said his team will go into the match with a positive mindset.

"In Football, you never give up. That's the charm. We go to the next match with a positive mindset and put in our best performance. You never know, anything is possible in football."

The match will kick-off at IST 5.30pm on Sunday.