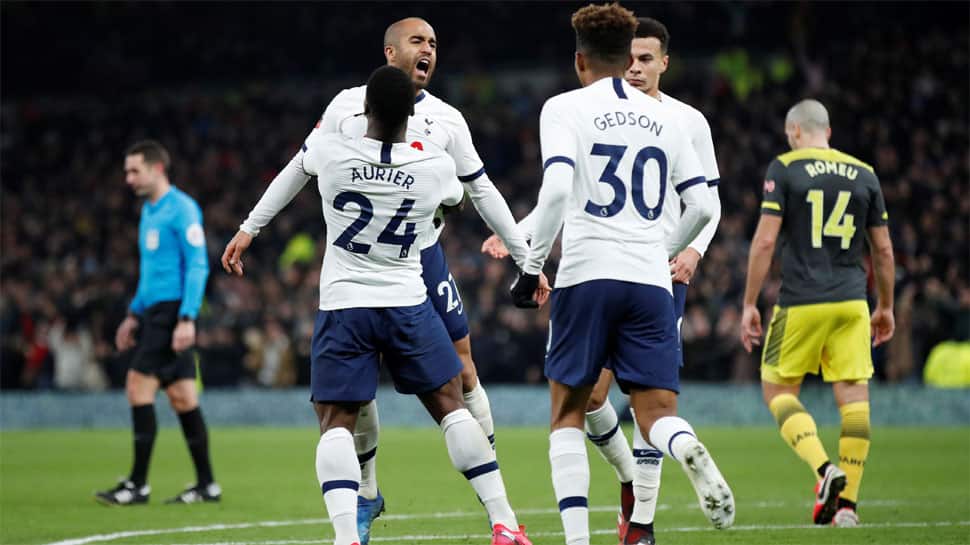 London: Tottenham edged Southampton 3-2 in an FA Cup fourth-round replay that was decided on a penalty conversion by Son Heung-min shortly before the start of second-half stoppage time.

The teams had to square off in a rematch on Wednesday after their initial fourth-round encounter on January 25 had ended in a 1-1 draw, reports Efe news.

Jose Mourinho's men jumped out to an early lead at the 11-minute mark at Tottenham Hotspur Stadium in north London when a shot by French midfielder Tanguy Ndombele ricocheted off defender Jack Stephens and traveled out of the reach of netminder Angus Gunn and into the goal.

But the Saints were unfazed by the early deficit and mostly outplayed Tottenham over the remainder of the contest.

In the 19th minute, Danny Ings had a golden chance to score the equaliser from just outside the six-yard box, but his shot slammed off the crossbar.

The visitors managed to knot the game at 1-1 fifteen minutes later, however, when a poor block by Tottenham goalkeeper Hugo Lloris set up Southampton striker Shane Long for a short-range finish.

The Spurs were able to preserve the tie heading into halftime despite a very unconvincing performance, while the Saints' strong showing was marred by an apparently serious knee injury suffered by midfielder James Ward-Prowse.

Ward-Prowse was in visible agony and had to be taken off on a stretcher in the 39th minute after young Tottenham winger Ryan Sessegnon caught him with his studs on a clearance.

Both teams had good chances to score early in the second half, with Sofiane Boufal and Lucas Moura failing to convert chances for Southampton and Tottenham, respectively.

Finally, the visitors grabbed the lead when Ings scored on a curving strike just inside the post in the 72nd minute.

The entire tenor of the match changed, however, in the final stages.

Moura scored the 2-2 equaliser with a right-footed shot in the 78th minute and then Son was brought down in the area by the Saints' netminder eight minutes later. The South Korean did the honours himself on the penalty try, stepping up to the spot and slotting the ball home for the winner.

Tottenham will next square off at home in the first week of March against Norwich City in the fifth round (round of 16) of this annual English knockout football competition.

Matches in that round will not be replayed, so if the Spurs-Norwich contest is tied at the end of regulation extra time, penalties will determine who reaches the quarterfinals.