Edu Garcia was the star for ATK as he scored once and assisted super sub Ankit Mukherjee for the winning goal following a drab goalless stalemate in the first half. 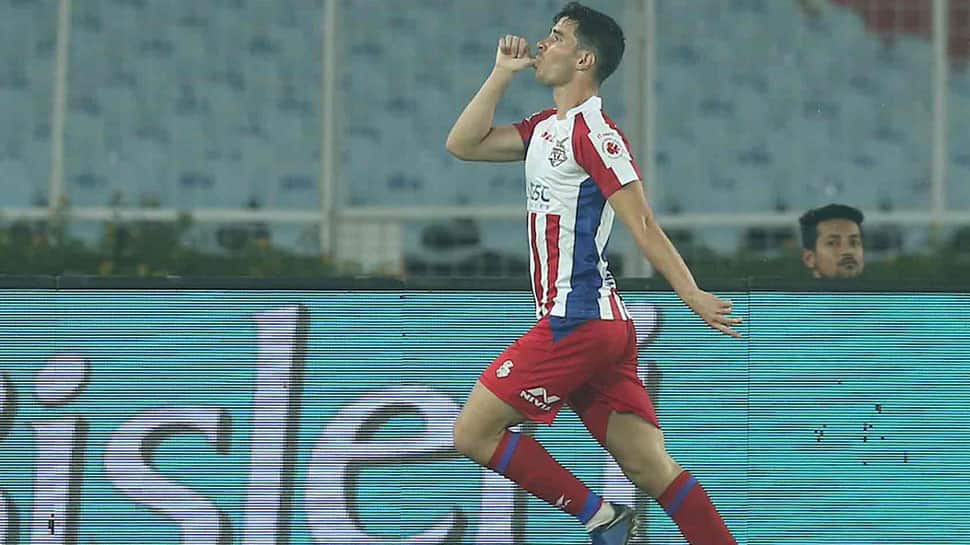 Two-time former champions Atletico de Kolkata gave their fans something to cheer about as they recorded a 2-1 win over Delhi Dynamos in the Indian Super League on Sunday.

Edu Garcia was the star for ATK as he scored once and assisted super sub Ankit Mukherjee for the winning goal following a drab goalless stalemate in the first half.

ATK drew first blood in the 63rd minute when Garcia scored a goal past the outstretched arms of Francisco Dorronsoro with a stunning header.

A cross from Pritam Kotal on the right side of midfield was converted effectively as the Spaniard rose to the occasion at the Salt Lake Stadium.

However, their lead lasted less than 10 minutes with the Lions striking back through super sub Nandhakumar Sekar.

Having replaced Romeo Fernandes in the 67th minute, Nandhakumar made his presence felt within five minutes when he fired in a Lallianzuala Chhangte cross.

Chhangte's initial cross was blocked but the ball came back to him luckily as he put another low pass to an unmarked Nandhakumar at the right side of the box.

Nandhakumar blasted it so hard that Arindam Bhattacharja could not even get time to react as Delhi brought the game alive.

The brilliance of Garcia was on display once more in the last league game of the season when he lifted a beautiful ball from the left to set up a surging Ankit.

Left completely unmarked, the ATK super sub needed a simple volley to tap in the winner and bring an end to an inconsistent season for the 2014 and 2016 champions.

ATK finished the season sixth with 24 points from 18 matches while Delhi ended eighth with 18 points.

Early in the fifth minute, ATK got a chance from a free kick taken by Garcia as he found John Johnson near the far post but only to be ruled offside.

Delhi slowly grew into the game as well with Romeo Fernandes volleying over after some good build-up play in the 13th minute.

However, the intensity of the match went down after the half an hour mark as clear cut chances failed to materialise.

The second half, though, started on a positive note with Lallianzuala Chhangte making a brilliant run down the left and forcing ATK goalkeeper Arindam Bhattacharya into a save.