Former Germany and Manchester United midfielder Bastian Schweinsteiger has announced that he will bid adieu to his football career at the end of this season. 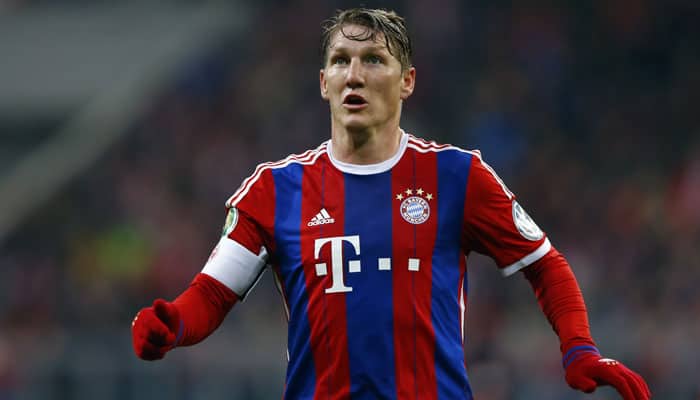 Former Germany and Manchester United midfielder Bastian Schweinsteiger has announced that he will bid adieu to his football career at the end of this season.

Announcing the news on Facebook, the 35-year-old said that the time has come that he retires from the game, adding that he would like to thank FC Bayern Munich, Manchester United, Chicago Fire and the German national team for the good time he had spent with them.

“Dear fans, the time has now come, and I will be finishing my active career at the end of this season. I would like to thank both you, my teams FC Bayern, Manchester United, Chicago Fire and the German national team. You made this unbelievable time possible for me!" the Guardian quoted the former Bayern Munich footballer as saying on his social media handle.

While also thanking his wife Ana Ivanovic and his family for their support, Schweinsteiger said that he is looking forward to the exciting challenges that await him.

Schweinsteiger's announcement came after his current side, Chicago Fire, failed to make it to the playoffs of this season's Major League Soccer.

The midfielder has made a total of 500 appearances for Bayern Munich and guided them to eight Bundesliga titles and a Champions League glory in 2013.

Meanwhile, he is also Germany's fourth-most capped player of all time after playing 121 matches for his country. Schweinsteiger has also won the 2014 World Cup with Germany.

As far as his time with Chicago Fire is concerned, Schweinsteiger had guided the side to their first MLS playoff appearance since 2012 in his debut season besides being named the club’s player of the season in 2018. However, Fire have struggled in the last two seasons.