Cardiff, who are 17th and could fall back into the bottom three after this weekend`s games, pulled a goal back through defender Sol Bamba. 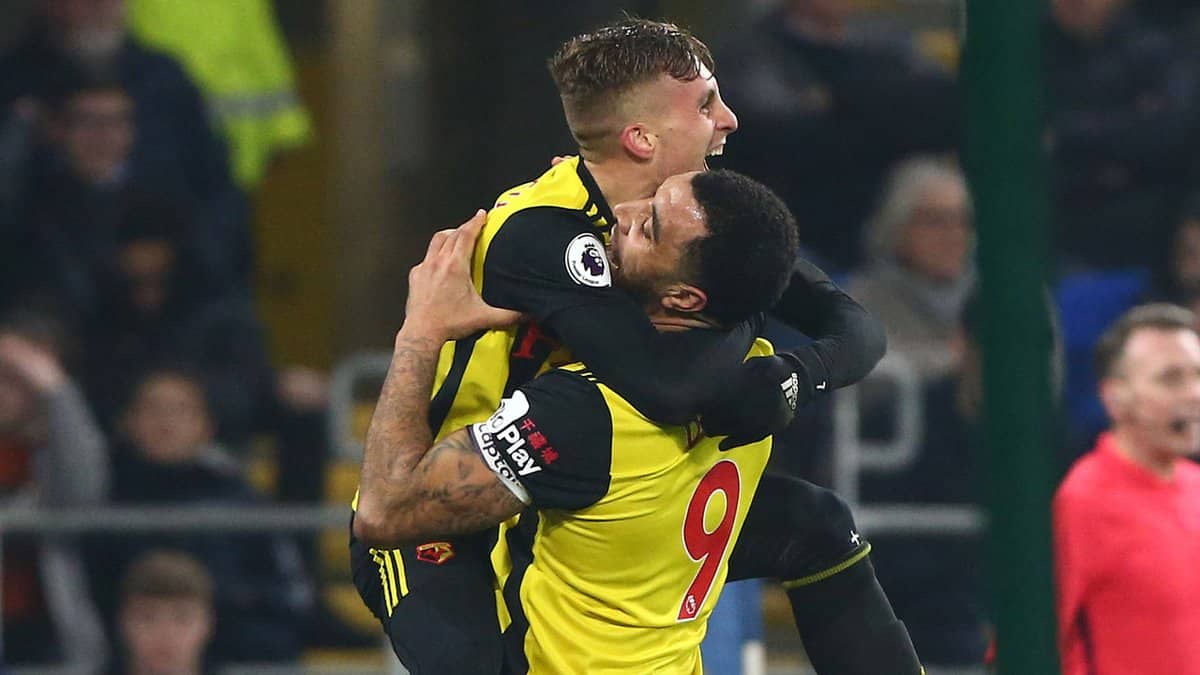 Spaniard Gerard Deulofeu bagged a hat-trick as Watford hammered lowly Cardiff City 5-1 on Saturday to move up to seventh place in the Premier League.

Deulofeu put Javi Gracia`s side ahead in the 18th minute with a well-placed finish after a mistake from Cardiff defender Bruno Manga.

Cardiff should have had a penalty when Daryl Janmaat`s rash challenge brought down Josh Murphy but Watford ran away with the game after the break.

Deulofeu made it 2-0 with a clinical finish, rounding Cardiff keeper Neil Etheridge after a swift break in the 61st minute.

The former Barcelona and Everton winger completed his hat-trick after more poor defending from Neil Warnock`s side -- Harry Arta gave the ball away in midfield and Deulofeu`s calm finish gave him Watford`s first top-flight hat-trick since Mark Falco in 1986.

Deulofeu then turned creator, bursting into the box and unselfishly teeing up Troy Deeney for a simple tap-in as Watford romped into a four-goal advantage.

Cardiff, who are 17th and could fall back into the bottom three after this weekend`s games, pulled a goal back through defender Sol Bamba, who bundled the ball in following a scramble at a corner.

But Watford added further punishment with Deeney`s second in stoppage time after good work from Will Hughes.

"It was a very good performance. To win here is not easy. To win like we did today was outstanding. I am very proud of all my players," said Watford boss Gracia.

"We found the spaces and scored different goals - in counter-attack and in possession games," added the Spanish manager.

Cardiff manager Neil Warnock said his players had been fuming over the denied penalty when they came in 1-0 down at the break.

"We got mauled in the end. It looks bad in the paper. I have never seen the players like that at halftime. Everyone was talking about the penalty that hasn`t been given. Nobody can understand it. Decisions like that change the game. I can`t understand why it wasn`t given, it`s a blatant penalty," he said.

"It`s no excuse for conceding five but everyone in the game knows it changes things. If you can`t give decisions like that at this level you shouldn`t be refereeing."

EPL: Fulham in deep trouble with 1-3 defeat to West Ham