Meanwhile, Wales and Azerbaijan have both lost their chances to advance. 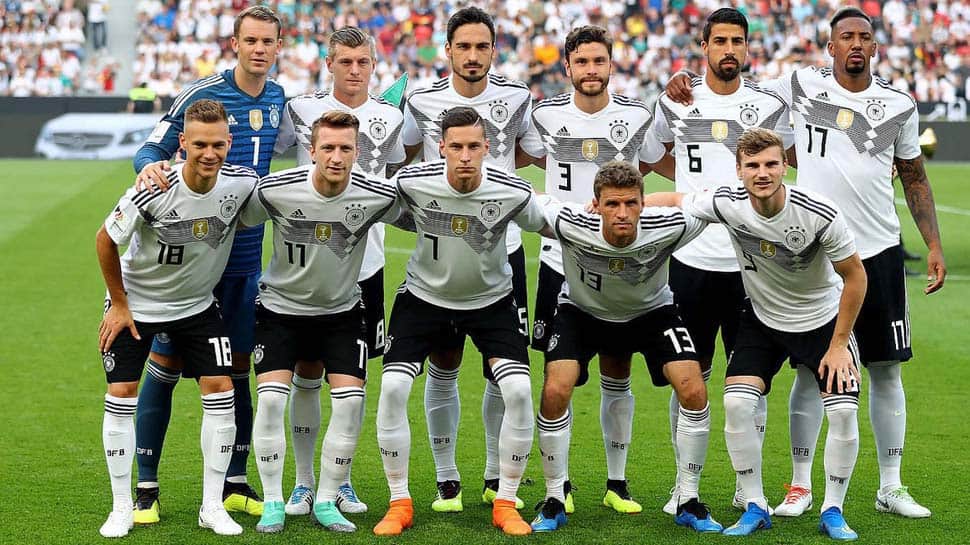 In the 14th minute of the first half, German defender Emre Can was dismissed with a red card by the referee for a foul on Estonian player Frank Liivak.

The Estonian team picked up momentum as the German 10-man team regrouped to their disadvantage. However, neither team scored during the first half.

In the second half, the German team did well, and Ilkay Gundogan scored twice in the 51st and 57th minute respectively before substitute Timo Werner achieved the third in the 71st minute to lock down the score at 3-0.

After matchday 8, both Germany and the Netherlands stand on 15 points in Group C, followed by Northern Ireland's 12 points, Belarus' 4 points and Estonia's one point.

Meanwhile in Budapest, the Hungarian football team defeated the Azerbaijani team 1-0 to move up to the second place in Group E and kept their hopes of advancing alive.

Mihaly Korhut scored the winning goal in the 10th minute for the host with a 28-meter bomb shot.

The Hungarians maintained their unbeaten balance against Azerbaijan in their seventh match, but for the first time, they only won with a minimal difference.

The Hungarian team, coached by Marco Rossi outscored third-ranked of the group Slovakia by two points, but the latter played one match less.

The Hungarians' only chance to secure a place at Euro 2020 is to beat Wales on November 29, at the same time Slovakia could not win their clash against World Cup silver medalists Croatia.

Wales and Azerbaijan have both lost their chances to advance.