With three games to go, little-known Getafe have 55 points along with Sevilla but cling on to the coveted fourth spot due to their superior head-to-head record, while Valencia are sixth on 52 but have the best head-to-head record of the trio. 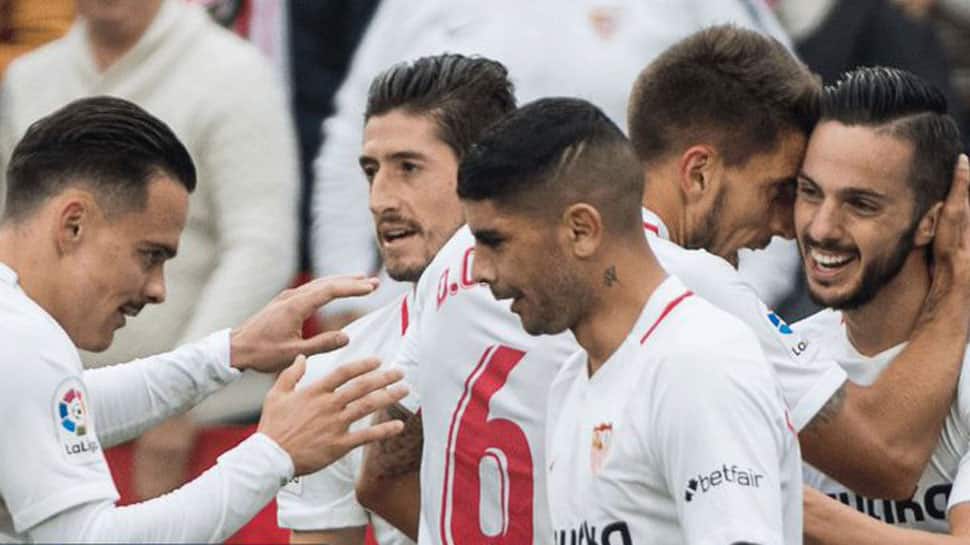 With three games to go, little-known Getafe have 55 points along with Sevilla but cling on to the coveted fourth spot due to their superior head-to-head record, while Valencia are sixth on 52 but have the best head-to-head record of the trio.

Sevilla host Leganes on Friday hoping to make up for their shock 1-0 defeat at Girona when they became the first team to lose away to the Catalans in six months, while on Sunday Getafe host Girona after a frustrating 2-1 surrender at Real Sociedad.

Valencia, who endured a chastening last-gasp defeat at home to Eibar last weekend, visit bottom club Huesca on Sunday but could be feeling the effects of their Europa League semi-final first leg away to Arsenal.

UEFA`s revenue distribution model means La Liga clubs can receive at least 30 million euros from a combination of appearance money, bonuses and the television pool in the Champions League even if they go out in the group stage.

Clubs can earn an additional 2.7 million for every game they win, while getting into the knockout phase would see them coin another 9.5 million, in addition to increased matchday revenues.

Valencia have reached the Champions League final twice, in 2000 and 2001, and returning to Europe`s premier competition would boost their plans to finish building their new stadium, which will require an extra 150 million euros.

Sevilla, who earned 48 million euros for reaching the quarter-finals last season, routinely sack coaches who fail to take the team into the Champions League, and they ousted Pablo Machin in March when their top-four hopes were looking bleak.

The money would have the biggest impact at Getafe, however, who have only existed in their current form since 1983 and play in a stadium holding only 17,000 spectators, which would look grossly out of place in the Champions League.

The Madrid outfit, who returned to the top flight two years ago, have the fourth-lowest budget in La Liga and qualifying for Europe`s top competition for the first time would cover two-thirds of their annual wage bill, estimated at 47.5 million.

Elsewhere in Spain, Barca visit Celta Vigo and will be expected to rest players in preparation for their Champions League semi-final second leg at Liverpool, while second-placed Atletico Madrid visit Espanyol.