While Liverpool's matches against United still come with the kind of hype that is seldom seen with their other games, it is their battles against the other Manchester club that have gained precedence over the past few years. 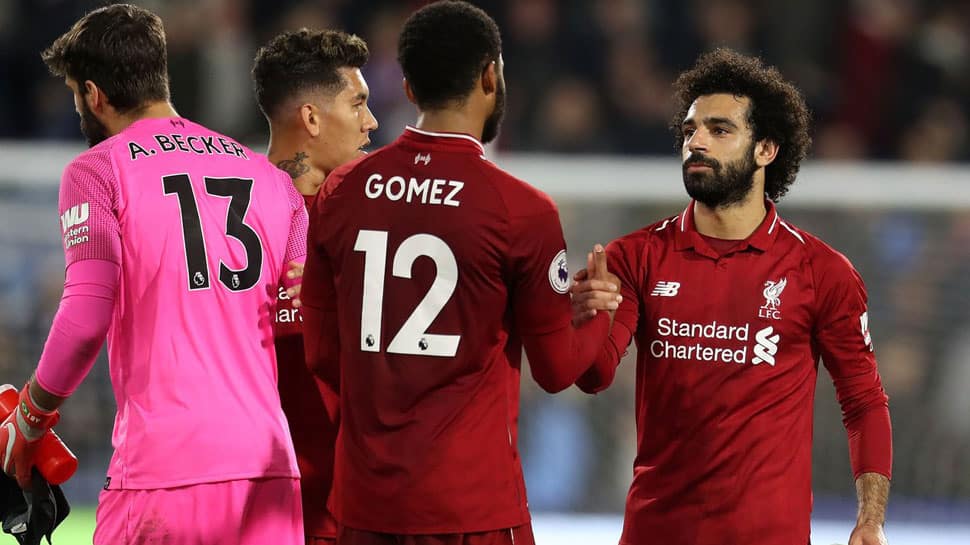 The most recognisable manifestation of the rivalry between the cities of Liverpool and Manchester is the historic animosity between the fans of Manchester United and Liverpool -- the two biggest football clubs in the region.

While Liverpool's matches against United still come with the kind of hype that is seldom seen with their other games, it is their battles against the other Manchester club that have gained precedence over the past few years.

Manchester City under Pep Guardiola have raised the standard of winning a Premier League title to hitherto unprecedented levels over the past couple of seasons and Jurgen Klopp's Liverpool is pretty much the only club that has kept pace with them. They were not able to win the league last season with City pipping them in the title race by one point but they won the Champions League for the first time since that fabled night in Istanbul in 2005.

Back then, City had managed to finish eighth in the league, two points behind Middlesbrough and thus missed out on a spot for qualifiers of the UEFA Cup first round. "When I was playing at Liverpool, Manchester City didn't have the money or the manager they have in place," former Liverpool player Stephen Warnock told IANS.

"They were a completely different team. They are so much more competitive now than when I was playing. Back then, it was always about Manchester United and how we can bridge the gap with them. Now City are streets ahead of United in many terms."

Warnock was a Liverpool player between 2002 and 2007, which was the period when United and Arsenal were ruling the roost in the Premier League before Jose Mourinho's Chelsea staked a claim. The dynamics have changed significantly in the league in the years since with both United and Arsenal falling well behind City, Liverpool and Tottenham Hotspur.

Warnock, who is now a panellist for Sony Picture Networks for the upcoming Community Shield game between Liverpool and Manchester City, said that while City's huge financial backing has been a factor, a lot of it is down to the managers leading the two sides -- Pep Guardiola and Jurgen Klopp.

"There is a nice rivalry between the two teams, they both have passionate managers and teams that play the game the right way. More often than not, both managers are very humble when they lose a game, very gracious in defeat and that's a huge quality to have. They are both the best managers in world football at the moment and I think it's a good battle that is only going to get better and better," he said.

The 37-year-old believes that the Community Shield match, which is slated to be played on Sunday, will be an exciting affair. "We can expect a high energy game. They are two of the best attacking teams in Europe so the defenders have to be really at the top of their game," he said.

Liverpool could be without their star forwards Mohamed Salah, Sadio Mane and Roberto Firmino. The trio were involved right till the end of Liverpool's previous season in the Champions League and in big international tournaments in the off season. Klopp expressed his unhappiness with the scheduling of the club's matches, especially in the upcoming Premier League season.

"It's the biggest problem in the Premier League and it has been for a number of years but then it is probably why the wins are more exciting. We're always going to have problems with scheduling but the good thing for Klopp with the Community Shield is that he has got a competitive match straight away and so he can take a look at his team and his players," he said.

Warnock also felt that Liverpool missing some of their star players won't mean that City have been given an advantage even before they start.

Liverpool, after all, managed to secure an extraordinary 4-0 win over Barcelona last season in the Champions League semi-final that helped them reverse a 3-0 deficit and both Salah and Firmino were did not play at Anfield that night. Warnock believes that it is Liverpool's ability to keep a clean sheet that holds them in good stead in the absence of their big stars going forward.

"Last year I think Klopp changed the way he sets his team up," said Warnock. "The team is now much stronger defensively and on Sunday when they go out against City they will believe that they can keep a clean sheet, which is not something that I think Liverpool believed before."

"And that is not just down to Virgil Van Dijk, but Allison too. He has been an incredible signing, he has won the golden glove in the first season and won the Champions League with Liverpool and the Copa America with Brazil this year. It shows the quality that Liverpool have invested in defensively," he said.