The hosts set up a quater-final meeting of the Asian Cup with holders Australia in a rematch of the 2015 semi-final. 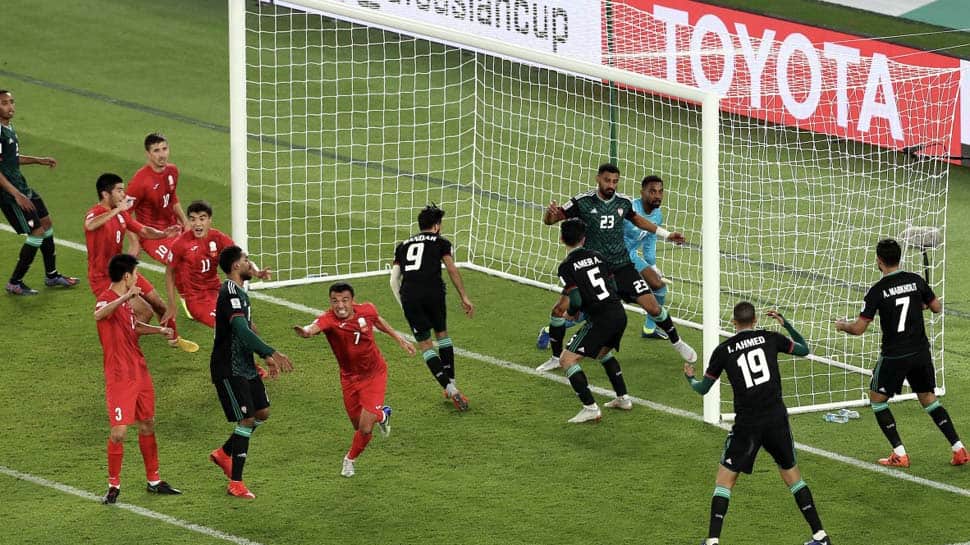 Striker Ahmed Khalil converted an extra-time penalty to send the United Arab Emirates into the AFC Asian Cup quarter-finals with a 3-2 win over Kyrgyzstan on Monday evening, keeping alive their hopes of landing the continental title on home soil.

The substitute's 102nd minute spot kick had enough power to find the net despite goalkeeper Kutman Kadyrbekov getting a hand on it and set up a last-eight meeting with holders Australia in a rematch of the 2015 semi-final.

After an early goal from Khamis Esmaeel was cancelled out by Kyrgyzstan's Mirlan Murzaev, it looked like Ali Mabkhout's 64th minute strike was going to settle the match for the hosts until Tursunali Rustamov's dramatic stoppage-time equaliser.

Alberto Zaccheroni's side know they will need to lift their game considerably to achieve their dream of winning the title back at the same stadium on February 1 after making such heavy work of the hard-working but limited Asian Cup debutants.

"It was a difficult game. Kyrgyzstan were a very aggressive team but I thank my team for the way they played, they were very positive, and we achieved our goal of advancing.
They showed great character after conceding a 92nd minute equaliser and we had the last word," said Zaccheroni.

A small 17,784 crowd turned out on an unusually cool evening in the Emirati capital, but the vast Zayed Sports City arena was brought to life in the 14th minute when the hosts took the lead.

Ismail Matar swung a corner into the box, defender Khalifa Mubarak rose well to head the ball goalwards and Esmaeel nodded it home from close range.

Kyrgyzstan were level 12 minutes later when Akhlidin Israilov's pass put Murzaev through on goal and he took one touch to control the ball and another to take him past the keeper before slotting it into the net from a wide angle.

The Emiratis had struggled in front of goal throughout the group stage and the usually reliable Mabkhout headed wide from three metres a minute after halftime.

He made amends with his eighth Asian Cup goal after the hour mark, however, needing one touch to control Amer Abdulrahman's pass before rifling the ball into the net.

Kyrgyzstan defender Tamirlan Kozubaev should have equalised seven minutes later but, somehow steered his shot wide from point-blank range although the Central Asians would not be denied and finally levelled from a stoppage-time corner.

Rustamov was gifted an extraordinary amount of space inside the six-yard box and the midfielder made no mistake with his header to send the match into extra time.

The home side made the brighter start to the extra period and the referee had no hesitation in pointing to the spot when Mabkhout fell under a challenge from Bekzhan Sagynbaev leaving Khalil to put away the penalty.

Kyrgyzstan then twice hit the woodwork but to the host nation's relief they were unable to snatch a third equaliser.

"I never speak about the work of the referee.We needed to score during the match and we had our chances. This was our first Asian Cup but I'm confident it won't be our last," coach Aleksandr Krestinin said when asked about the penalty decision.