The win saw Mohun Bagan pip arch-rivals East Bengal in the points table and move to fifth position with 21 points from 13 matches. 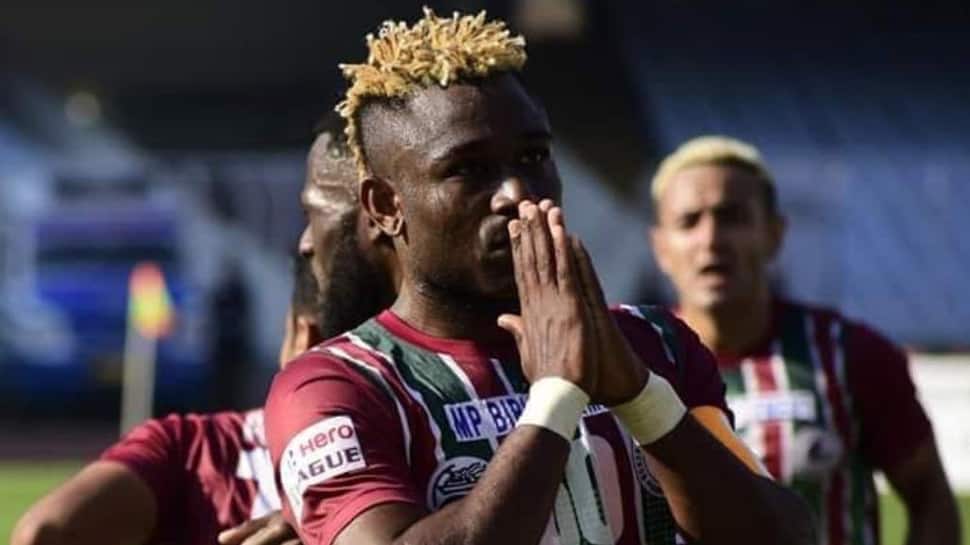 Haitian hitman Sony Norde scored a second-half goal to help Mohun Bagan continue their winning run as they edged past Neroca FC 1-0 in an I-League encounter here on Saturday.

After a barren first half at the Vivekananda Yuba Bharati Krirangan, Norde once again underlined his importance to the side.

Mohun Bagan were made to work hard for their win as Neroca dominated proceedings for most parts.

The win saw Mohun Bagan pip arch-rivals East Bengal in the points table and move to fifth position with 21 points from 13 matches.

East Bengal though have the advantage as they have played 10 games with 19 points in their kitty already.

Neroca, who finished runners up last season, remained fourth with 21 points from 12 outings, ahead of Mohun Bagan on better goal difference.

In the process, the Mariners also avenged their 1-2 defeat to Neroca less than a fortnight ago in their away fixture.

Coach Khalid Jamil made a single change to the side that won against Minerva Punjab FC as Lalchhawnkima was reinstated to the starting XI in place of Dalraj Singh.

Manuel Fraile preferred to stick to the winning XI that won them the North Eastern derby against Shillong Lajong.

Shilton Paul in the Mohun Bagan goal was in inspired form and pulled off some top saves to keep their rivals at bay. Subhash Singh was set up by Aryn Williams in the 26th minute and the winger struck brilliantly at goal but Paul was equal to the task.

Williams and Saran Singh combined well in midfield as they sprayed passes throughout the pitch without much resistance from the Bagan midfielders.

Paul was once again called into action in the 39th minute as he saved well from Malem Meetei from close range.

After the change of ends, Jamil introduced Henry Kisekka in the hope of a goal, who set up Darren Caldiera fifteen minutes later but the former Mumbai FC player miscued his effort.

The hosts needed a piece of brilliance and Norde provided that to send the 8000-odd crowd into raptures.

After receiving a pass from midfield, Norde created space for him and pulled the trigger from just outside the penalty box to beat Thapa on the far-bottom corner.

The Manipur-based outfit upped their ante in search of their equaliser but Bagan`s defence held fast to keep a clean sheet.