Chennai City drew the first blood in the 29th minute through Sandro R before Willis Plaza (38') restored parity for the hosts. 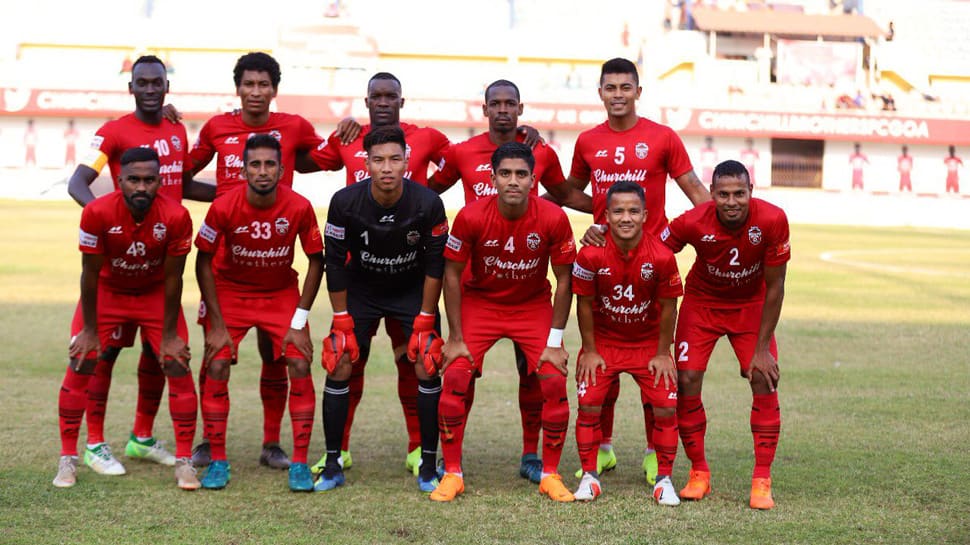 Churchill Brothers FC Goa dampened Chennai City’s plan of securing their maiden I-League title with a dramatic 3-2 win over the table toppers at the Tilak Maidan in Goa on Friday.

Chennai City drew the first blood in the 29th minute through Sandro R before Willis Plaza (38') restored parity for the hosts.

The Red Machines took the lead through Christ Remi (50') once again but it was Pedro Manzi (69') who did no mistake to convert from the penalty spot.

Their efforts went to waste as Hero of the Match Willis Plaza completed his brace (71') to help his team secure a victory tonight.

With this win, Churchill Brothers FC Goa elevated to third with 34 points while Chennai City FC continue to lead the table with 40 points, 4 points ahead of second-placed Quess East Bengal.

Chennai City FC, with the urgency to clinch their maiden I-League title with a win against hosts Churchill Brothers FC Goa, started on a safe note today.

Unlike their normal attacking style, it seemed like they were trying to soak in the pressure as Churchill Brothers went pressing hard right from the start.

Willis Plaza, Khalid Aucho and Nicholas Fernandes were combining well to breach the Chennai City FC defence time and again but somehow couldn’t find a way to finish their attempts.

A foul by Wayne Vaz on Nestor Gordillo earned the visitors a free kick at the top of the box.Spanish midfielder Sandro’s free-kick, after a deflection from Plaza, gave Chennai the lead in the 29th minute.

Churchill Brothers FC Goa, thereafter, went on attacking in regular intervals through the combination of Nicholas Fernandes and Khalid Aucho to feed Plaza time and again.

Their efforts soon yielded a result when Willis Plaza successfully tapped it in from an inch-perfect cross by Nicholas Fernandes in the 38th minute.The first half ended with the scoreboard locked at 1-1.

The second half began with Chennai pressing hard for the lead but it was again Churchill Brothers FC Goa who turned around the game on its head. Following a clever interception, Churchill took the lead soon through Christ Remi taking the scoreline to 2-1 to the hosts’ favour.

Chennai City FC, who played a lot around the midfield today, tried a lot from the counter-attacks.Owing to a handball by Wayne Vaz inside the penalty box, Chennai City FC were awarded a penalty. Pedro Manzi made no mistake to restore the parity for Chennai City FC in the 69th minute.

Churchill cut their joy short having scored the eventual winner within two minutes.

Thereafter, the game was mostly about Churchill Brothers FC Goa attacking in bits but missing targets while Chennai City FC failed to breach the sturdy Churchill defence till the end to confirm a win for the Goan outfit in their final home game.