India finished outside the top two after the the group's other game between hosts United Arab Emirates (UAE) and Thailand ended in a 1-1 draw. 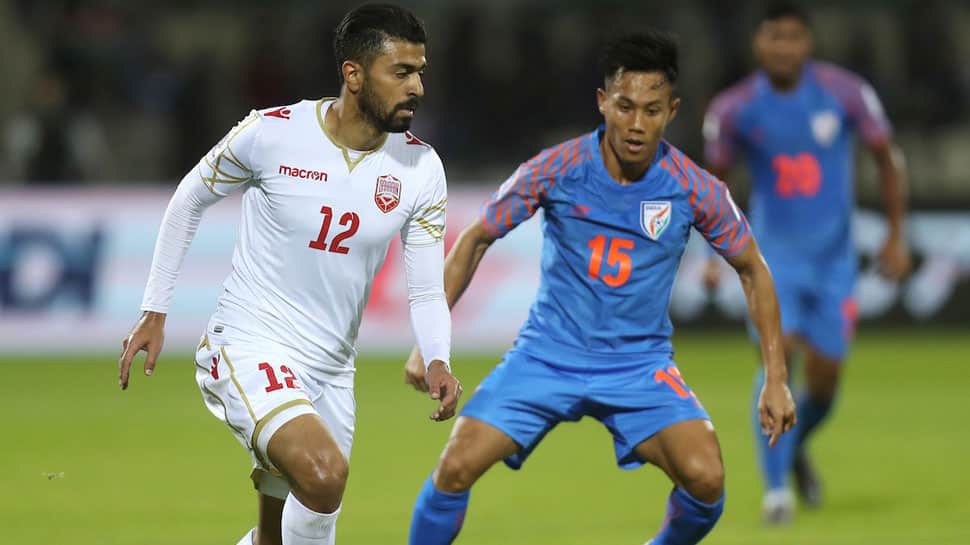 India crashed out of the AFC Asian Cup following a heartbreaking 0-1 defeat at the hands of Bahrain, who scored in the injury time, in their final Group A match at Al-Sharjah Stadium on Monday.

Bahrain converted a penalty in the 91st minute through Jamal Rashed, who made no mistake after India captain Pronay Halder committed a careless tackle inside the box.

India finished outside the top two after the the group's other game between hosts United Arab Emirates (UAE) and Thailand ended in a 1-1 draw.

Entering their final group game following a 4-1 win over Thailand and a 0-2 loss to UAE, a determined India held on for 90 minutes before eventually conceding an injury-time winner to Bahrain.

This was India's fourth appearance in the continental showpiece, beginning with the 1964 edition, in which only four teams participated.

In their next Asian Cup in 1984, India were knocked out in the first round and they suffered a similar fate in 2011, when they lost heavily to Australia, South Korea and Bahrain.

However, the team under coach Stephen Constantine started the tournament with a demolition of Thailand, sounding a warning that it was not here to make up the numbers.

They were a shade unlucky against UAE and went down fighting, but looked determined against Bahrain.

The Blue Tigers started off their last clash of the tournament against Bahrain shakily after losing defender Anas Edathodika to injury as early as in the second minute, but Sandesh Jhingan and his colleagues managed to stave off the Bahrain strikers until the blunder inside the box.

Disappointed with the defeat, Jhingan said that the loss is really hard to accept as the team defended quite well throughout the match.

"We defended like warriors & the defeat is really hard to take. Disappointed seeing how it turned out but we can only go upwards from here. Proud of the boys and we thank the fans for their support," he said.

"Nobody expected us to do so well in the @afcasiancup and we showed that we belong here. However, football is a cruel game sometimes," Jhingan signed off.

Bahrain, on the other hand, finished at the second spot after the win and confirmed their spot in the round of 16 as one of the four best third-placed teams. UAE and Thailand made a first and third place finish in Group A to qualify further in the tournament.