Englishman Stephen Constantine on Tuesday said he has accepted the contract extension offered to him by the All India Football Federation (AIFF), which will make hlongest-servingserving national coach in the history of the sport here. 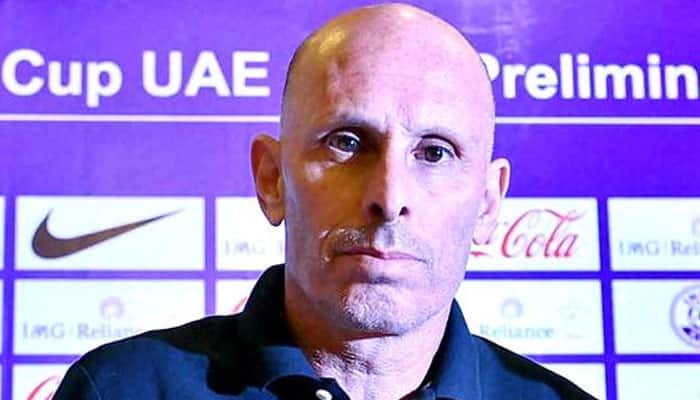 New Delhi: Englishman Stephen Constantine on Tuesday said he has accepted the contract extension offered to him by the All India Football Federation (AIFF), which will make hlongest-servingserving national coach in the history of the sport here.

Under Constantine's tutelage, India qualified for the 2019 AFC Asian Cup after crushing Macau 4-1 last October, which stretched their unbeaten record to 12 matches. It became 13 when they played out a 2-2 draw with Myanmar the following month.

"After accepting my second contract extension with the All India Football Federation, I will have the longest tenure of any foreign coach in Indian history, with a total of seven years (2002 - 2005; 2015 - 2019)," Constantine said.

Constantine, however, did not state whether he has been given the salary hike that he had demanded.

India were struggling at 173 in the FIFA rankings when Constantine took charge. What followed was a dream run as India broke into the top 100 for the first time in 21 years.

"I am of course immensely proud of that, and of our accomplishments in both stints. This time round, qualifying for the Asian Cup in 2019, winning the SAFF, and taking India to its highest ranking in modern history, 96 are all great achievements.

"I really could not have done this without the support of the AIFF, my staff and, of course, the players."

Constantine's contract is due to expire next month. The 55-year-old Briton spoke about the challenging fixtures lined up for the team in the upcoming year.

"We have - as usual - a very hectic and busy schedule, starting with our last qualifier of the Asian Cup, away to Kyrgyzstan on March 27th.

"We have the Asian Cup Finals from January 5th to February 1st 2019. National team camps will be as per the FIFA guidelines where applicable. There will then be a break in the ISL season so we can have a few more weeks to prepare for the Asian Cup in January."

Constantine further said, "... You have a rough guide to what is coming up for us this year, a lot of football to be played and remembering the need for all the clubs to prepare and get ready for their own seasons."

Another Englishman, Bob Houghton (2006-11), had served six years as head coach of the Indian team.

Winning Champions League not impossible for Manchester United, take one game at a time: Ashley Young