This preparatory game was India's first one under the tutelage of new coach Derrick Pereira. 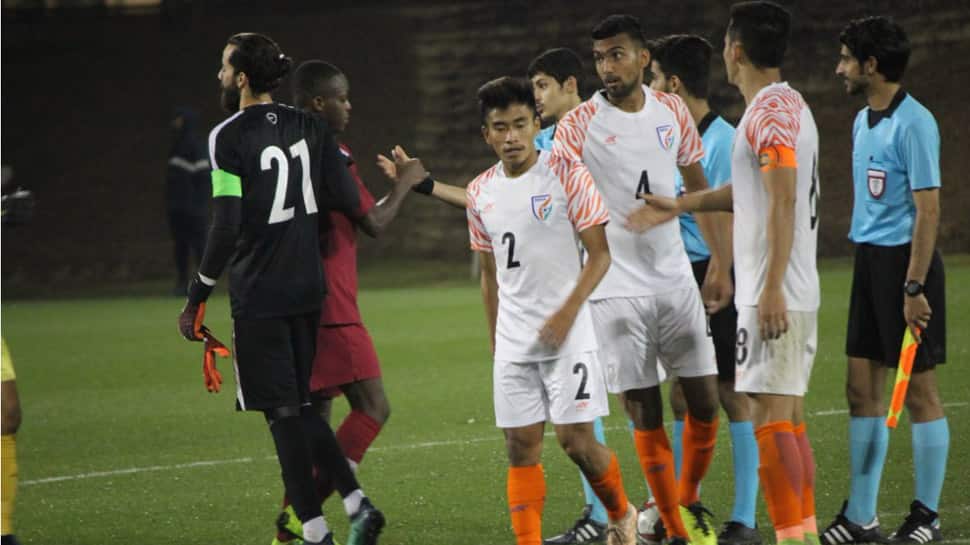 The Indian Under-23 football team couldn't convert the chances that came their way and suffered a narrow 0-1 loss to Qatar, in a preparatory match ahead of the AFC Championship Qualifiers in Uzbekistan.

Three of the starting XI players were from the Indian Arrows setup, while the likes of Dheeraj Singh Moirangthem, Anwar Ali, Rahul KP and Komal Thatal were a part of the India U-17 World Cup squad two years back.

India got off the blocks early, with Mehtab Singh, Komal Thatal and Rahul KP coming close in the early exchanges.

However, it was Narender Gahlot, who had the best chance in the first half, as he jumped higher than the rest to send a powerful header towards the goal. However, it was saved by Qatari keeper Yazan Naim Hussein.

Despite the chances created by Pereira's men, it was Qatar, which got the breakthrough close to the half time break, when a Salmin Atiq pass from the right was met by Amro Abdelfatah Surag, who made no mistake.

While a large part of the second half was played with both the teams trying to breach each other's defences, Pereira made a number of changes.

Boris, who had come on for Rahul KP, missed a tap-in after Daniel Lalhimpuia had set him up with a square ball.

Rahim Ali had the best chance of the match when he found himself in front of an open goal, just 12 yards away from his target. However, he scuffed his shot, as it flew over the bar in injury time.

With this preparatory game done, the team will now turn its attention to the AFC U-23 Qualifiers later this month.