India slipped to their second defeat in the 2022 FIFA World Cup qualifiers on Tuesday with a 0-1 loss against Oman at the Sultan Qaboos Sports Complex here. 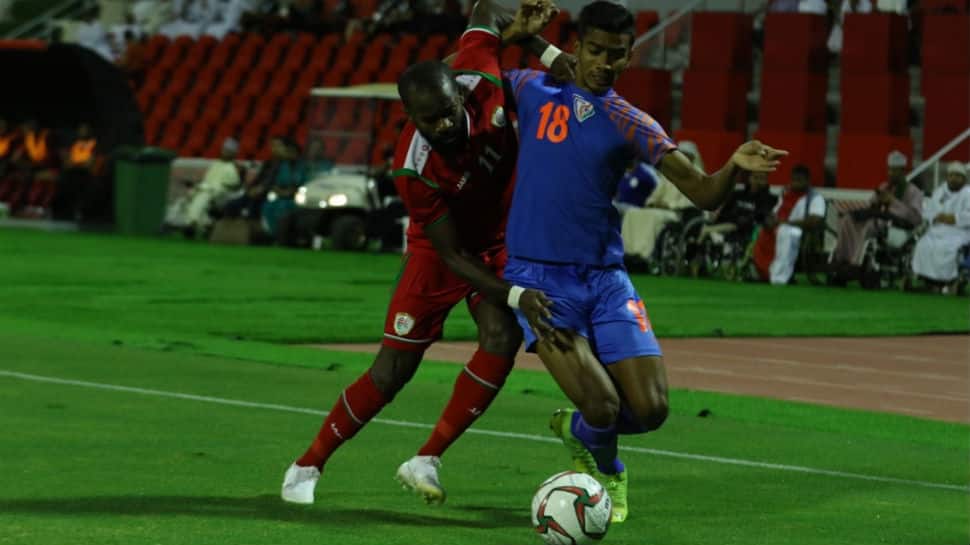 Muscat: India slipped to their second defeat in the 2022 FIFA World Cup qualifiers on Tuesday with a 0-1 loss against Oman at the Sultan Qaboos Sports Complex here.

The loss kept India in the fourth place in Group E with three points and virtually ended their chances of making it past the second round of the qualifiers.

The hosts were awarded an early penalty in which striker Mohsin Al Ghassani shot wide. However, he went on to score what turned out to be the winning goal in the 33rd minute. Replays indicated that Al Ghassani may have been marginally offside.

However, there was little to show for India to argue that the decision affected their chances of winning the game. The few chances they made at the opposition goal hardly posed any threat to goalkeeper Ali Al Habsi.

India had to make two substitutions in the first half. Vinit Rai came on for the yellow-carded Pranoy Halder in the 26th minute, while center-back Adil Khan had to be taken off due to an injury and Anas Edathodika took his place soon after India conceded.

India had more possession in the second half, but hardly got any real chance on goal. Instead, it was Oman who arguably came closest to scoring when India goalkeeper Gurpreet Singh Sandhu had to make a full-stretch dive to save a venomously struck free-kick by Mohsin Al Khaldi.

This was the last World Cup qualifier to be played this year. India`s next matches in 2020 are at home against Qatar (March 26), away to Bangladesh (June 4) and at home against Afghanistan (June 9).

While their chances to go further in the qualifiers are all but over, India are still very much in the hunt for a berth in the 2023 Asian Cup qualifiers.

FIFA World Cup qualifier: India in do-or-die tie against Oman on the road