Lukaku had scored 42 goals for United. However, after he netted 15 goals last season, former United defender Gary Neville had criticised his physical condition, saying that the Belgian striker weighed over 100 kg. 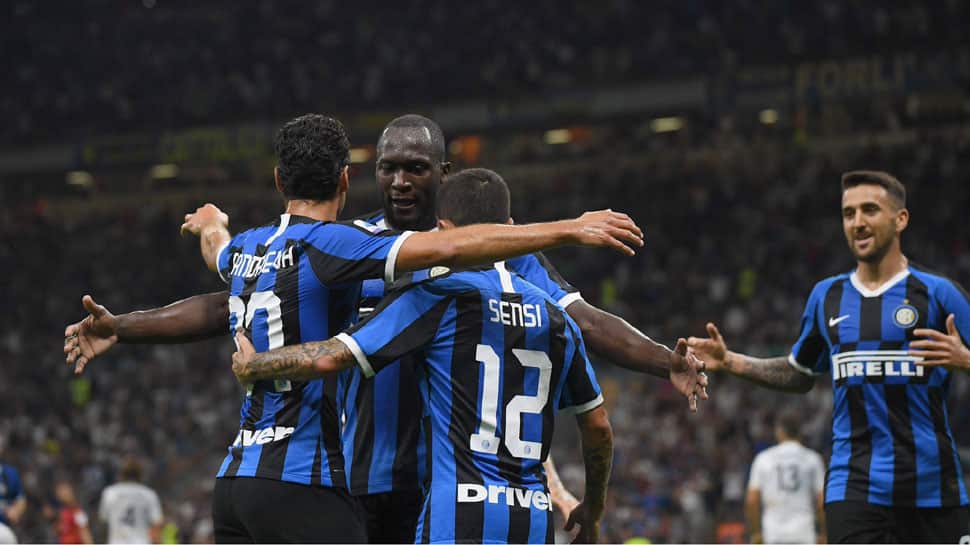 Inter Milan striker Romelu Lukaku, who joined the Italian club this season from Manchester United for 65 million euro, has responded to criticism over his weight towards the end of his stint with the British giants.

Lukaku had scored 42 goals for United. However, after he netted 15 goals last season, former United defender Gary Neville had criticised his physical condition, saying that the Belgian striker weighed over 100 kg.

"He (Neville) can talk about my fitness but he should never say anything about my professionalism, that I don't work hard enough," Lukaku was quoted as saying by the BBC.

"That is something he cannot say. All the coaches I have had say the same thing about me. What did Ole Gunnar Solskjaer say when I was on the training ground? What did he say? That I always work hard and always do my best to try and improve myself. Same with Jose Mourinho and (Belgium and former Everton manager) Roberto Martinez. Now (Inter coach) Antonio Conte will say it," Lukaku said.

"Last year was just a bad year. It happens in football. You just have to move on. I am not going to sit here and react in a negative way," he added.

Lukaku was expected to bring glory for United after he joined the club from Everton, but he left the Red Devils having failed to win a trophy.

"For me, the Manchester United experience is one I am grateful for -- not a good one because we didn't win and I wanted to win with the club -- but they gave me a chance," Lukaku said.

"I got to play for one of the biggest clubs in the world, so I will always be respectful to them. In the end, I thought it was better for me to move on and try different things," he added.

EPL: Manchester United held to a 1-1 draw by 10-man Southampton