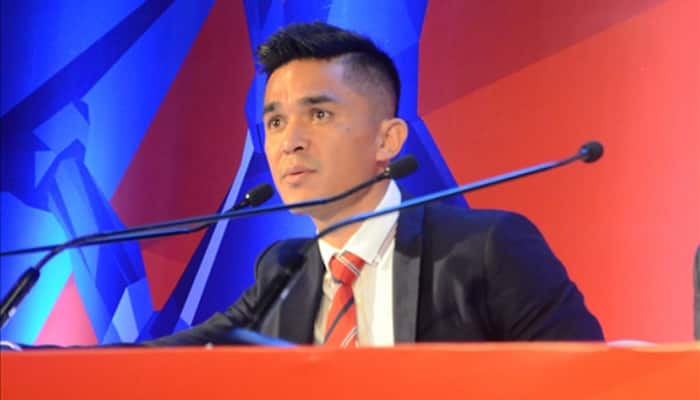 Mumbai: The ISL 2017 witnessed a spike of over 103 percent in domestic players' salary as compared to the inaugural year, as the 10 clubs together spent Rs 48.85 crore on Sunday to secure signatures of 156 players in the player draft here.

Anas Edathodika and Eugeneson Lyngdoh, each pegged at Rs 1.10 crore were the flavour of the day, predictably being picked immediately at the opening of the draft. New entrant Jamshedpur FC didn't waste a minute to announce Anas as their first ever player on their roster while ATK secured Eugeneson at the first given opportunity.

The fourth season of Hero Indian Super League, which will kick off on November 17, will feature 25 of the 29 Indian national team players including stars like Sunil Chhettri, Jeje, Eugeneson, Jackichand, Sandesh, Pritam, Subrata Paul and Jayesh donning colours of their respective teams over an extended five-month league.

Coming into the Indian player draft, 10 clubs together had spent Rs 11.51 crore in retaining a total of 22 players ahead of the July 7 deadline.

The clubs looked at completing the Indian player quota of minimum 15 and maximum 18 players, including two U-21 development players.

By the end of day, 134 best and most promising players got drafted across clubs with a combined salary of Rs 37.33 crore.

Two-time finalist Kerala Blasters FC gave a big thumbs up to the emerging talents coming up through the ranks at college competitions, as the Sachin Tendulkar co-owned team picked up Ajith Sivan - a Nirmala College, Kochi student who was scouted through the inaugural Reliance Foundation Youth Sports campus National football championship.

At the end of the day, Bengaluru FC emerged as the most invested club on Indian players with a spending of Rs 6.01 crore on 17 players, followed by Kerala Blasters FC (Rs 5.93 crore).

With Indian players coming on board, the clubs will now look at forming the combinations with foreign players signings.

Each club is allowed to sign minimum seven and maximum eight international players for the season.