It was reported that Di Francesco will be fighting for his job when his team defend a 2-1 lead at the Estadio de Dragao in the second leg of their round of 16 tie. 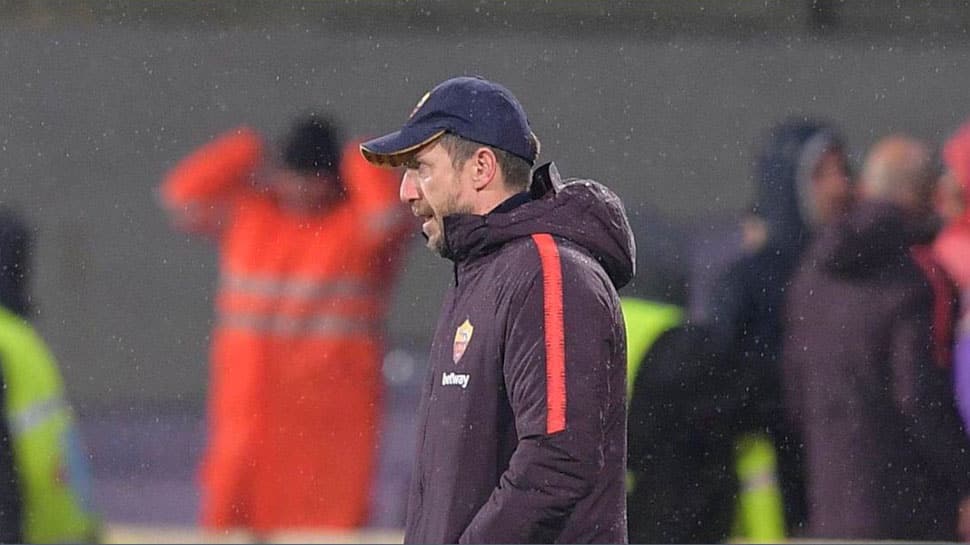 Beleaguered AS Roma coach Eusebio Di Francesco, his future reportedly in the balance, says their Champions League tie against Porto on Thursday must be about the team and not about him.

Italian media have reported that Di Francesco will be fighting for his job when his team defend a 2-1 lead at the Estadio de Dragao in the second leg of their round of 16 tie but the man himself looked unperturbed.

"I want the attention to be on Roma and the common interest of the 'Romanista' is that tomorrow the team qualifies, regardless of who the coach is," he told reporters.

"The thinking is not about myself, but making sure that Roma get through this round. It bothers me because people do not understand that Roma will be taking the pitch tomorrow, not me," he added.

Di Francesco's second season at the club has been marked by his team's exasperating inconsistency and after a good run in February, he is back in trouble following a 0-3 derby defeat to Lazio on Sunday.

"The derby has provoked lots of comments but we have to think about the next game," said 'DiFra,' whose team knocked out Barcelona on the way to reaching the Champions League semi-final last year.

"It will be fundamental that the 11 who I send on to the pitch produce exceptional performances, like the ones we had last year," DiFra added.

He added that there was 'absolutely' no problem that former Fiorentina coach Paulo Sousa, the man expected to replace him if he gets the sack, would be watching the game.

Porto also suffered a traumatic defeat on Sunday when they were beaten 1-2 at home by arch-rivals Benfica, losing the leadership of the Primeira Liga in the process.

"Their coach is in trouble and I also lost the last game. In football, we all walk a tightrope because we depend on results," said Porto coach Sergio Conceicao.

"I didn't have to find words to say to lift the players after Sunday. There is no greater motivation than a chance to reach the Champions League quarter-finals," he added.