Kevin Friend booked Jack Grealish for simulation in the build-up, sparking immediate Villa protests and angry scenes off the pitch where fans clashed with security staff, with TV footage showing punches being thrown. 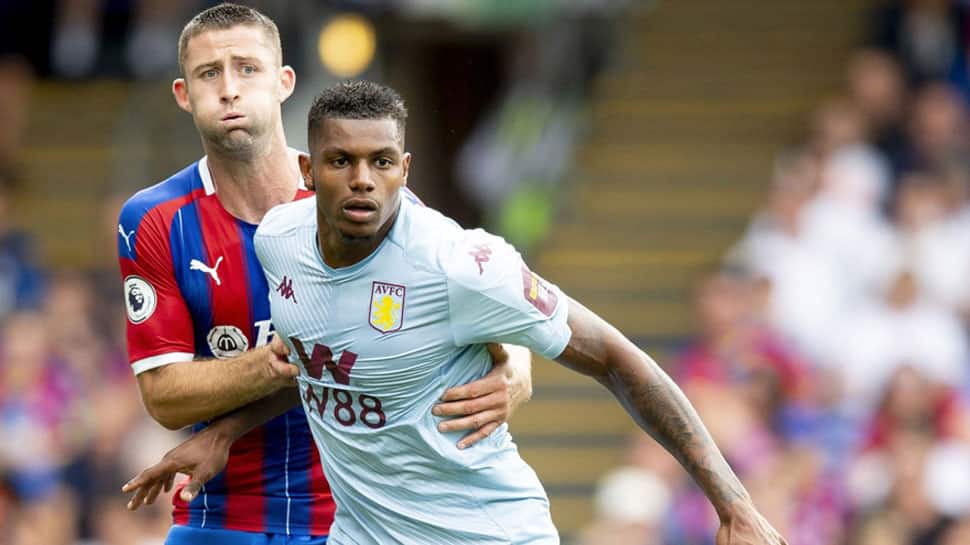 Crystal Palace finally scored in front of their own fans at Selhurst Park but their 1-0 win over Aston Villa ended in acrimony as the referee ruled out a last-minute goal for the visitors by Henri Lansbury.

Kevin Friend booked Jack Grealish for simulation in the build-up, sparking immediate Villa protests and angry scenes off the pitch where fans clashed with security staff, with TV footage showing punches being thrown.

Police with batons eventually intervened, making one arrest. They are now reviewing video footage to see if further action is necessary.

After two successive goalless draws, Palace looked in danger of further frustration until Jordan Ayew finally found a way to beat Villa keeper Tom Heaton on 73 minutes, getting on the end of a James McArthur cross to fire home.

Until that point, there seemed no way past Heaton, who twice tipped over free-kicks from Luka Milivojevic either side of the break.

McArthur also flashed a shot over Heaton`s bar as Palace demonstrated their familiar problems up front but Villa were reduced to 10 men after the break when Trezeguet was booked for a second time for crashing into Wilfried Zaha.

Villa`s task had been hard enough with 11 men but with 10 they looked permanently stretched and Ayew took full advantage on 73 minutes, turning inside from the left to fire a right-foot shot into the net.