Juventus coach Massimiliano Allegri amused by talk of his departure

One of the disappointments of the season has been the form of playmaker Paulo Dybala, who has struggled to adapt his role following Ronaldo`s arrival. 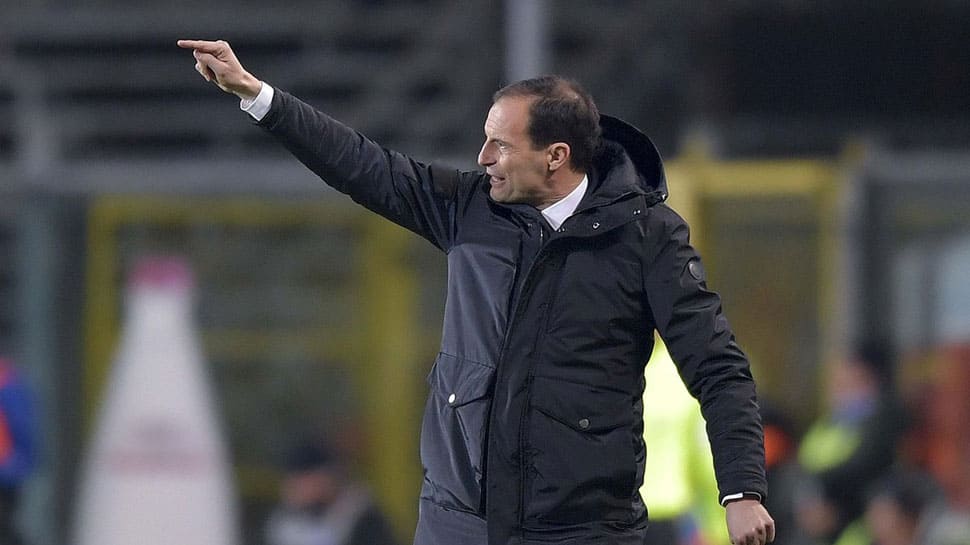 Juventus coach Massimiliano Allegri is amused by talk that he will leave the club at the end of the season, he said on Saturday, adding that he still had to meet club president Andrea Agnelli to discuss plans for the future.

There have been media reports that Allegri wants a greater role over transfers if he is to continue, but the talk was water off a duck`s back for the phlegmatic coach who has led Juventus to the Serie A title in each of his five years in charge.

"I enjoy reading and hearing everything," he told a news conference.

"It`s amusing. This morning, I thought about what they might have done to me if I hadn`t won any trophy in these years. But I have fun, it`s part of the game and brings some bit of movement as we finished the championship a month ago."

Allegri, whose side wrapped up the title with five games to spare and visit AS Roma on Sunday, said he had already told the president he would stay after their Champions League quarter-final defeat to Ajax Amsterdam.

"During the week we will meet with the president and talk about everything," he added.

Despite the Serie A title, this season was widely regarded as a disappointment for Juventus, partly because expectations rose greatly with the signing of Cristiano Ronaldo and partly because their performances sometimes lacked sparkle.

"I`ve had my ideas for six months on how to proceed. Now I`ll share those ideas with the president and, together, we`ll see if they work," he said. "I won`t tell you what those are, but I plan ahead, I can assure you."

One of the disappointments of the season has been the form of playmaker Paulo Dybala, who has struggled to adapt his role following Ronaldo`s arrival.

"His position has always been the same, from the beginning to the present," said Allegri.

"Last year he played with Mario Mandzukic and Gonzalo Higuain, but Ronaldo is a different player and the combination isn`t the same, but Dybala`s position has not changed."