The win took Alaves to 31 points from 18 games, one ahead of European champions Real Madrid who host Real Sociedad on Sunday. 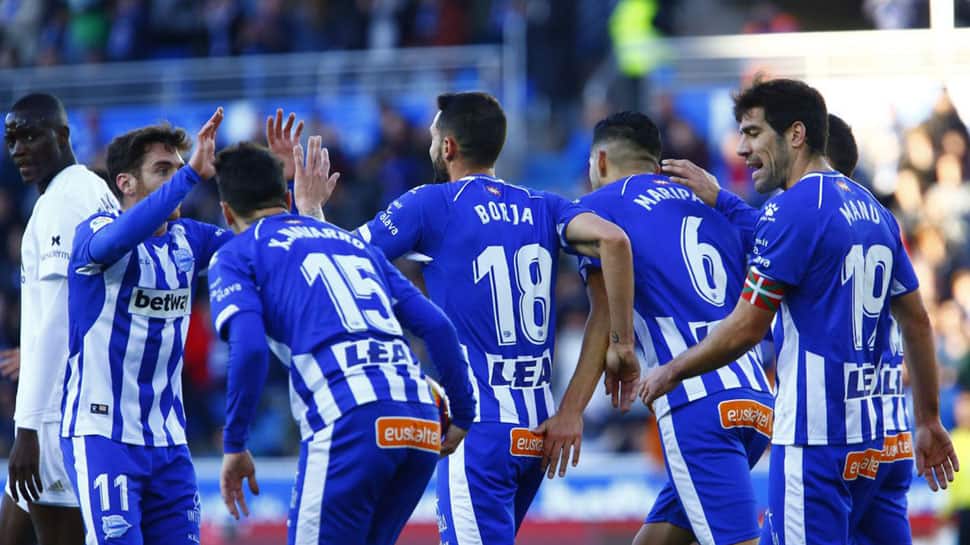 Alaves continued their excellent home form by recovering to beat struggling Spanish powerhouse Valencia 2-1 on Saturday, climbing into fourth place in La Liga and boosting their chances of qualifying for the Champions League for the first time.

Valencia captain Dani Parejo gave the visitors the lead with a swerving free kick in the 14th minute but Alaves, who are the only side in Spain`s top flight alongside Atletico Madrid to still be unbeaten at home this season, soon hit back.

Striker Borja Baston pulled the 2001 UEFA Cup runners-up level in the 21st with a scrappy, deflected shot from inside the area, while midfielder Tomas Pina put Alaves ahead in first-half stoppage time after a period of heavy pressure.

The win took Alaves to 31 points from 18 games, one ahead of European champions Real Madrid who host Real Sociedad on Sunday, and saw the Basques reach their highest points total in the first half of a La Liga season.

Valencia, who finished fourth last year, are 11th on 22 points after a defeat that will pile more pressure on coach Marcelino, who last month faced calls from fans to be sacked.