After Barcelona were surprisingly beaten 1-0 by Athletic Bilbao in their opening match of the season last week, they rebounded in style on Sunday. 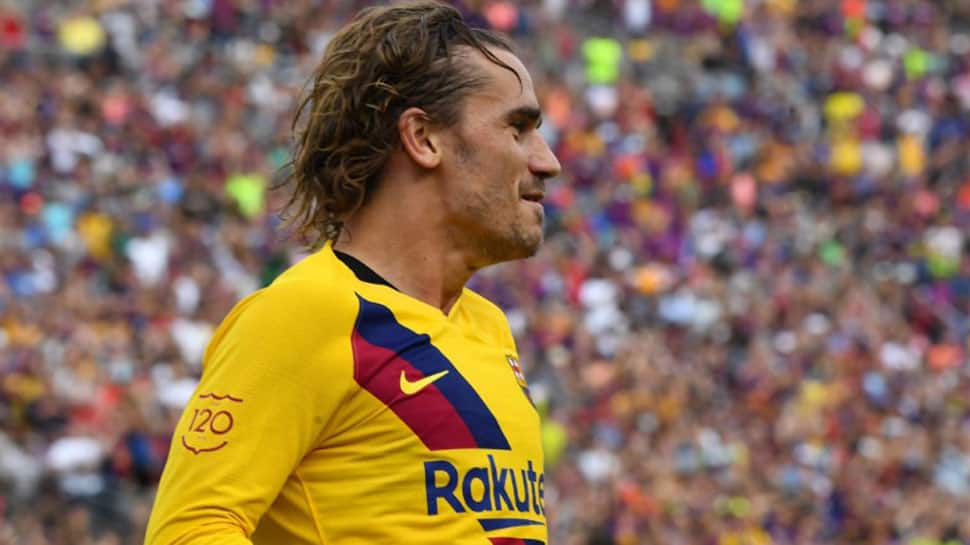 An Antoine Griezmann double allowed Barcelona to return to winning ways with an emphatic 5-2 La Liga win over Real Betis on Sunday.

After the champions were surprisingly beaten 1-0 by Athletic Bilbao in their opening match of the season last week, they rebounded in style on Sunday.

Strikes from Carles Perez, Jordi Alba and Arturo Vidal completed a memorable day for the Catalans as they marked defender Gerard Pique`s 500th appearance for the club.

Barca, who were without injured talisman Lionel Messi, started on the back foot and fell behind when Nabil Fekir netted with a sublime angled strike in the 15th minute.

The French World Cup winner`s maiden goal for the club proved to be the catalyst for the Spanish champions as they went on to score four more unanswered goals in 27 second-half minutes.

"I was pleased with how we did in the first half, but when you go behind you always think that there`s stuff to change," coach Ernesto Valverde told reporters.

"We needed to score and the goal to make it 1-1 changed things for the better and we might have even scored a second [before halftime]. The game was high tempo and we like it that way."

Griezmann then curled in from the edge of the box five minutes after the restart and Valverde admitted it had been a big night for the new arrival.

"I have to admit it was a really important day for him given the absentees we had," Valverde said.

"He responded brilliantly. He dropped deep to help the midfield, but also pushed on and can lose his man brilliantly.For us, it`s fundamental to have players who can clock up goals and the fact Griezmann debuted at the Camp Nou and scored is great news."

Perez, making his first start for the club, then made it 3-1 after 56 minutes before Alba struck on the hour from close range.

Substitute Vidal then finished off a wonderful team move 13 minutes from the end following a wonderful through ball from Griezmann. Two minutes later, Loren netted a stunning consolation strike from 25 metres for the visitors.

Valverde was able to bring on academy player Ansu Fati, who at 16 years and 298 days became the second-youngest player in Barcelona`s history, late on.

The Catalans have three points from two La Liga games, while Real Betis have lost both of them games this season.

I'm over the moon: Tammy Abraham after scoring goals for Chelsea