Ivan Rakitic scored the decisive goal for La Liga leaders Barcelona to send them 12 points clear of Real and surely ending their hopes of getting back in the title race. 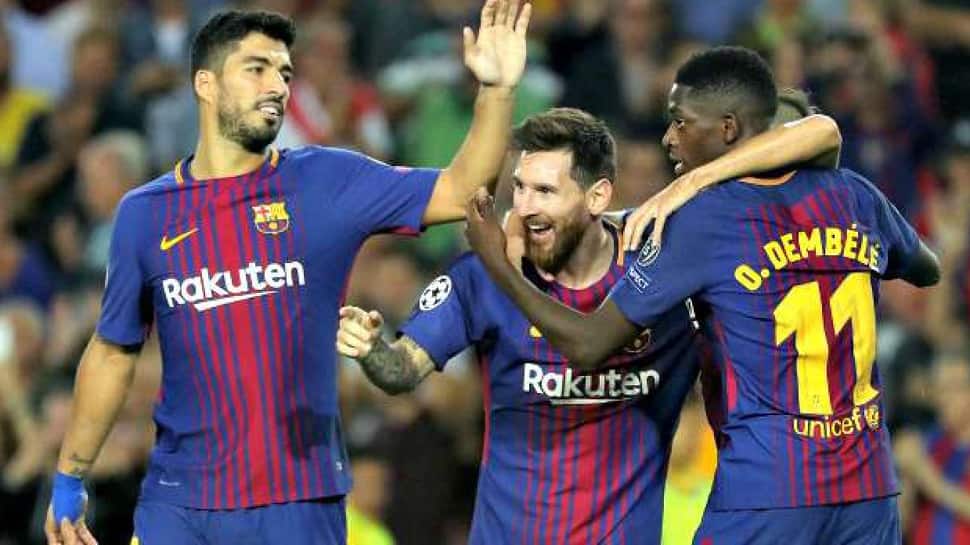 There was little sign of Barcelona`s world-famous attacking play in their 1-0 win at Real Madrid on Saturday in La Liga as the team renowned for scoring goals produced a rare masterclass in defending, led by centre backs Gerard Pique and Clement Lenglet.

Ivan Rakitic scored the decisive goal in a cagey `Clasico` that lacked the drama associated with the fixture, sending the La Liga leaders 12 points clear of Real and surely ending their hopes of getting back in the title race.

But the victory, coming hot on the heels of the 3-0 win at the Santiago Bernabeu in the Copa del Rey semi-finals, was mostly down to the steely defending of Pique and Lenglet, who blocked seven shots between them, forming a human shield in front of goal.

"Every time Madrid attacked us, Pique or Lenglet cleared the danger, I had very little work to do because of them," said Barca goalkeeper Marc-Andre Ter Stegen.

"We fought and suffered in the last half hour, we defended as a team. You always suffer a bit at the Bernabeu but we know we have a great team and we fought hard for the victory.

"The last few years have been very good here, we`ve had a lot of success here and I hope it stays that way."

Match-winner Rakitic added, "We worked very hard for this victory and we deserve it. Sometimes you have to fight, you have to stick your leg in and we are very happy."

Pique led jubilant celebrations in the middle of the pitch after the full-time whistle.

He praised the team for keeping their heads in the area when Real kept attacking but added that the title was not done and dusted.

"We knew how to suffer," Pique said after his side moved 10 points clear of nearest challengers Atletico Madrid, who face Real Sociedad on Sunday.

"We have made a real statement but it`s not definitive. We weren`t celebrating the league title because Atletico are still there. It`s been a perfect week and we should celebrate it, but we haven`t won the league yet, not at all."

Real goalkeeper Thibaut Courtois felt his side had deserved more from the two games.

"To win games you need to score goals and we couldn`t do that in these two games. We lacked accuracy, we couldn`t play the final pass and they saved themselves a couple of times, the ball just didn`t want to go in," he said.