The French forward had put his disciplinary problems aside in the last two months, carving up opponents with his unpredictable dribbles and forming a profitable trident with Messi and Luis Suarez. 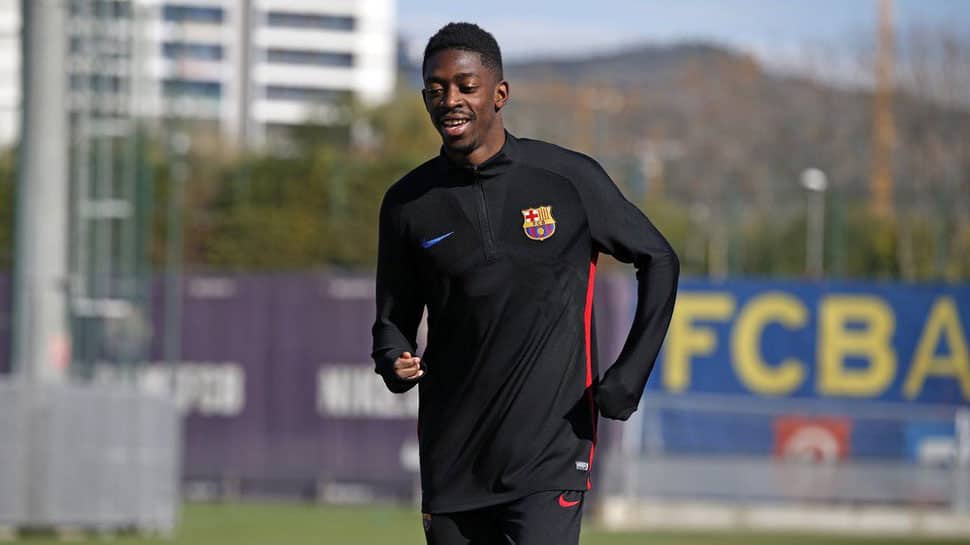 Barcelona's seemingly unstoppable march to a 26th La Liga title has slowed with two consecutive draws, but forward Ousmane Dembele can return them to full speed when he makes his first start in four weeks against Real Valladolid on Sunday.

While the Catalans have been sweating on the fitness of Lionel Messi, who has completed their last two league games despite some discomfort in his thigh, the absence of Dembele has been felt just as keenly.

The French forward had put his disciplinary problems aside in the last two months, carving up opponents with his unpredictable dribbles and forming a profitable trident with Messi and Luis Suarez.

His progress, however, was cut short by an ankle injury against Leganes on January 20.

Without Dembele, Barca saw an eight-game winning run interrupted by a 2-2 draw at home to Valencia, and a 1-1 stalemate in a Copa del Rey semi-final first leg against Real Madrid.

He came on for 15 minutes against Athletic Bilbao, where Barca drew 0-0, with Suarez saying the team's attackers suffered from a lack of communication.

Barca's record signing Philippe Coutinho has filled in for Dembele but has failed to dovetail with his fellow South Americans, Suarez in particular, who thrives off the space the Frenchman's rampaging runs create for him.

With a resurgent Real Madrid closing a gap of 10 points two games ago down to six and emerging as a late threat to Barca's title ambitions, Dembele's return to full fitness could hardly come at a more urgent time.

After facing 15th-place Valladolid, Barca face four consecutive tricky away games which could define their season, taking on Olympique Lyonnais in a Champions League last-16 first leg next week before visiting fourth-placed Sevilla.

They then visit Real for the second leg of the Copa del Rey semi-final, before returning to the Santiago Bernabeu for a league fixture which could have a huge say in the destination of the title.

Real, who have won their last five league games and earned a 2-1 victory at Ajax Amsterdam in the Champions League on Thursday, play at home on Sunday against a free-falling Girona side who last won in the league in November.

Atletico Madrid, meanwhile, visit struggling Rayo Vallecano, plotting their recovery from consecutive defeats to Real Betis and Real which have seen them drop to third, seven points from Barca.