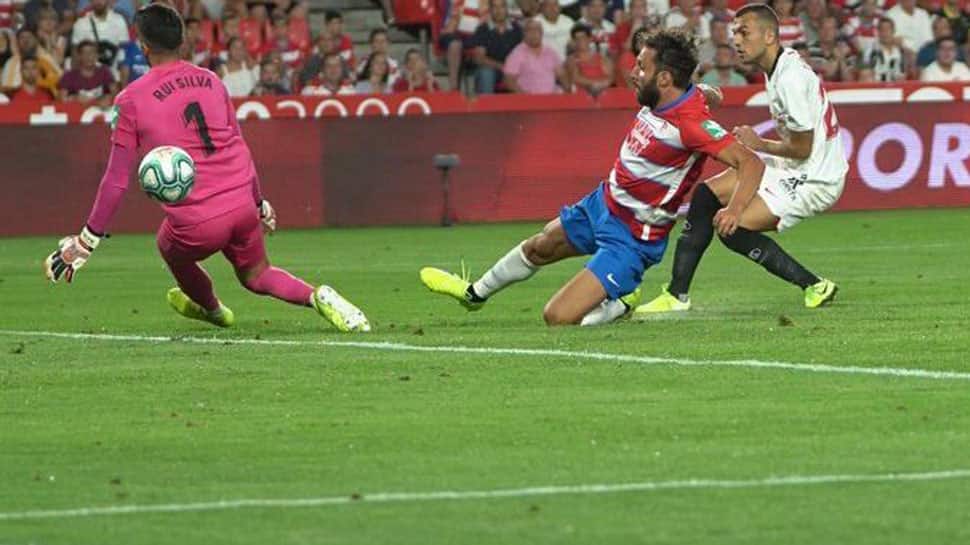 Granada coach Diego Martinez stuck with the same starting 11 he used in last week's 4-4 draw at Villarreal, while Sevilla's Julen Lopetegui made one change, going with Ever Banega over Oliver Torres in midfield, reports Efe news.

The visitors, led by Banega, dominated possession in the first half, yet the Granada backline held firm and forced Sevilla to shoot from distance, creating no undue problems for home goalkeeper Rui Silva.

Granada had the best chance of the first 45 minutes, but Yan Eteki fired wide, to the disappointment of the vast majority of the nearly 16,000 people in the stands at Nuevo Los Carmenes stadium.

While the hosts were the better side to start the second half, a turbo-charged Sevilla counter culminated in a goal by Joan Jordan, who pounced on a loose ball and beat Silva to put the visiting side ahead 1-0 in the 52nd minute.

Roberto Soldado missed a great opportunity to equalize for Granada when he found the ball at his feet in the box and failed to get a shot away.

Granada's Darwin Machis, who entered the contest at the hour mark, had two near-misses, while the final chance for the hosts came on a header by Adrian Ramos.