Though they have missed a La Liga semi-final spot, Valencia still have an opportunity to make it to the final Champions League spot. 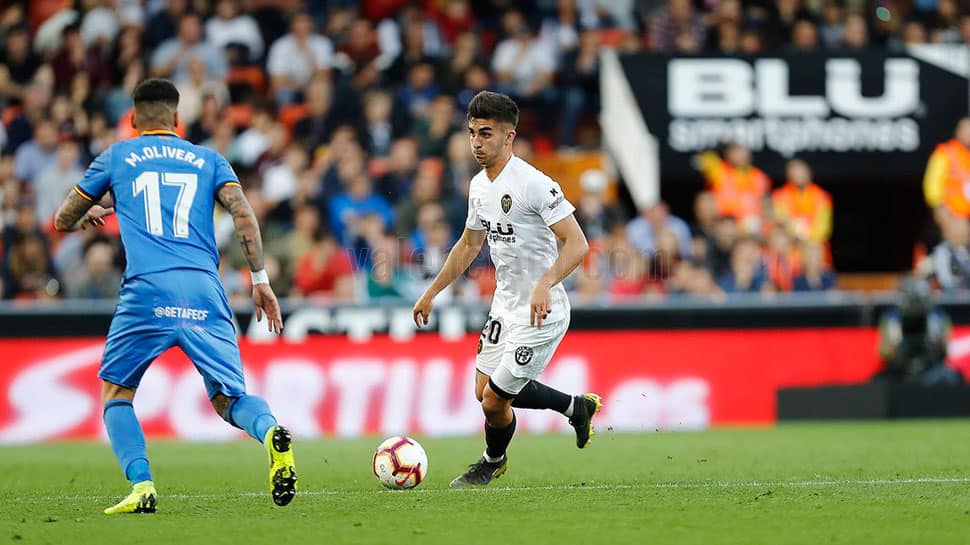 Valencia missed a huge opportunity in their bid for a top-four finish in La Liga as they were held to a 0-0 home draw by Getafe on Sunday to stay six points adrift of the Madrid side in the hunt for the final Champions League spot.

Valencia had the better chances and their Portuguese winger Goncalo Guedes had an effort ruled out early in the second half, following a Video Assistant Referee (VAR) review for offside against Kevin Gameiro.

Getafe had a penalty appeal turned down after striker Jaime Mata went down from a challenge in a bright first half display from the visitors, but they spent most of the second period defending as Valencia searched in vain for a breakthrough.

The hosts went into the game in high spirits after snatching a 1-1 draw against Krasnodar in midweek, to reach the Europa League quarter-finals and had renewed hope of sneaking into the top four after winning their last two league fixtures.

But they could not avoid a remarkable 16th draw in 28 league games and face a battle to get back into the Champions League.

Getafe, who are fourth on 46 points with 10 games remaining, hold a two-point lead over fifth-placed Alaves and a three-point advantage over Sevilla in sixth, with Valencia seventh on 40.

Sevilla picked up their first away win in the league since September, by beating Espanyol 1-0 with a second-half goal by Wissam Ben Yedder in Joaquin Caparros' first game back in charge after Pablo Machin was sacked on Friday.

Tempers flared at the end as Sevilla goalkeeper Juan Soriano made a provocative gesture towards the home fans and Espanyol's Sergi Darder rushed over to confront him, leading to both players being sent off.