Late goals from Sane and Raheem Sterling helped 10-man City fight back to win the first leg of their last-16 tie 3-2. 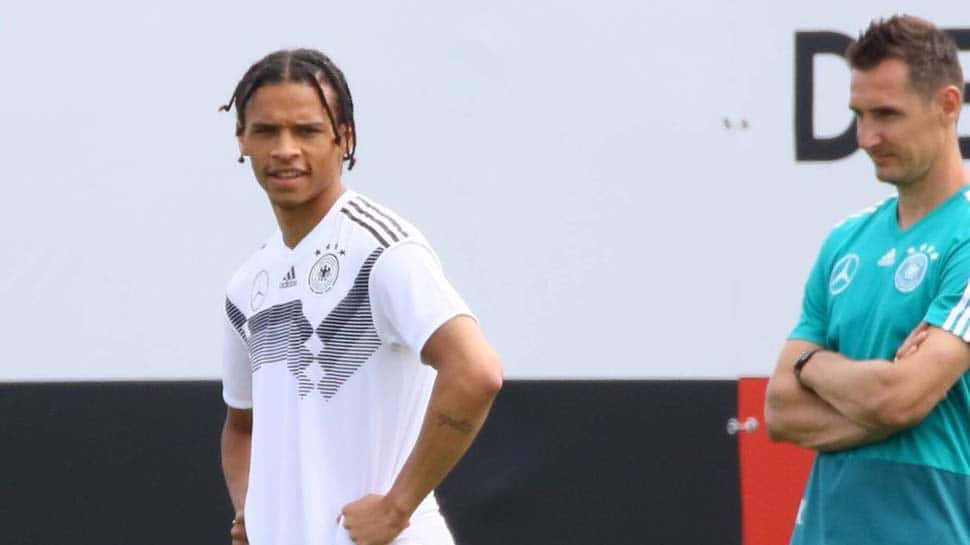 Late goals from Sane and Raheem Sterling helped 10-man City fight back to win the first leg of their last 16 tie 3-2.

"I was a little bit sad for Schalke, because the atmosphere was amazing like it always is," Sane, who joined City from the German side in 2016, told BT Sport.

City scored twice in the last four minutes to turn the game around after leading 1-0 but, then conceding two penalties in seven minutes.

The English champions were left with 10 men in the 68th minute when Nicolas Otamendi was sent off following a second booking.

"You can see the will is a lot, we never give up, we always want to keep fighting. Schalke did really well, the way they defended made it difficult. At the end we did it, we scored three goals away, that was the most important thing," the 23-year-old added.

The return leg is on March 12. Before that City can claim their first trophy of the season when they take on Chelsea in the League Cup final at Wembley Stadium on Sunday.