The Argentine forward tormented the visitors' defence throughout, adding to Kylian Mbappe's opener to put PSG on 77 points from 28 games. 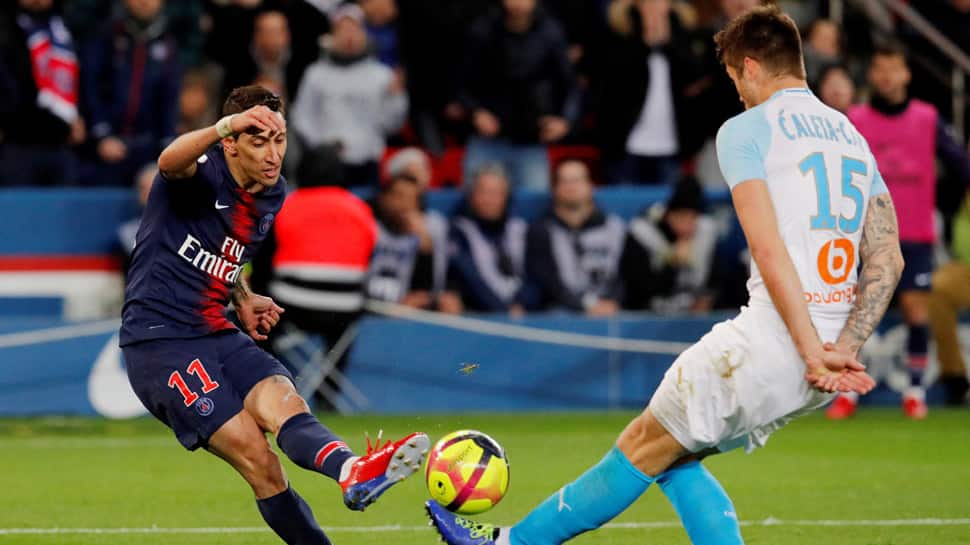 The Argentine forward tormented the visitors' defence throughout, adding to Kylian Mbappe's opener to put PSG on 77 points from 28 games.

PSG's bitter rivals Marseille, who equalised through Valere Germain seconds into the second half, are fourth on 47 points from 29 matches.

OM keeper Steve Mandanda was sent off after 62 minutes for handling outside the area.

Earlier on Sunday, third-placed Olympique Lyonnais claimed a 3-2 home win against Montpellier to move within four points of Lille, who slumped to a 0-1 home defeat by Monaco on Saturday and are now 20 points behind PSG having played one more game.

At the Parc des Princes, part of the Auteuil stand was left empty just before kickoff as fans protested against PSG's elimination from the Champions League against Manchester United earlier this month. "We do not forget," a banner read.

But with Marseille having scored at least one goal in their last 13 league outings and PSG having found the back of the net in each of their previous 27 matches in Ligue 1, the fans expected goals. Two minutes into stoppage time in the first half, they got their reward.

Di Maria, who had an early goal disallowed for offside after a VAR review, beat three OM players just outside the area to launch a sharp counter-attack.

The Argentine released Mbappe to his left for the France striker to coolly slot the ball past Mandanda for his 26th goal from 23 games in Ligue 1 this season. Mbappe however missed a penalty in injury time.

PSG were ahead but had already lost fullbacks Dani Alves and Thomas Meunier through injuries.

Germain levelled with a low crossed shot from Lucas Ocampos's pass in the area, but Di Maria quickly restored the advantage.

He broke down the right flank, cut back into the area and netted into the far corner in the 55th minute.

Six minutes later, as Di Maria led another counter-attack, Mandanda, who had rushed out of his box, handled the ball that the Argentine had just released.

The keeper was sent off and Di Maria's exquisite 30-metre free kick went into the top corner, beating replacement keeper Yohann Pele who had not yet touched the ball.