Three days after being knocked out in the League Cup quarter-finals, Lyon got off on the wrong foot as Pablo Chavarria pounced to put the visitors ahead in the 35th minute. 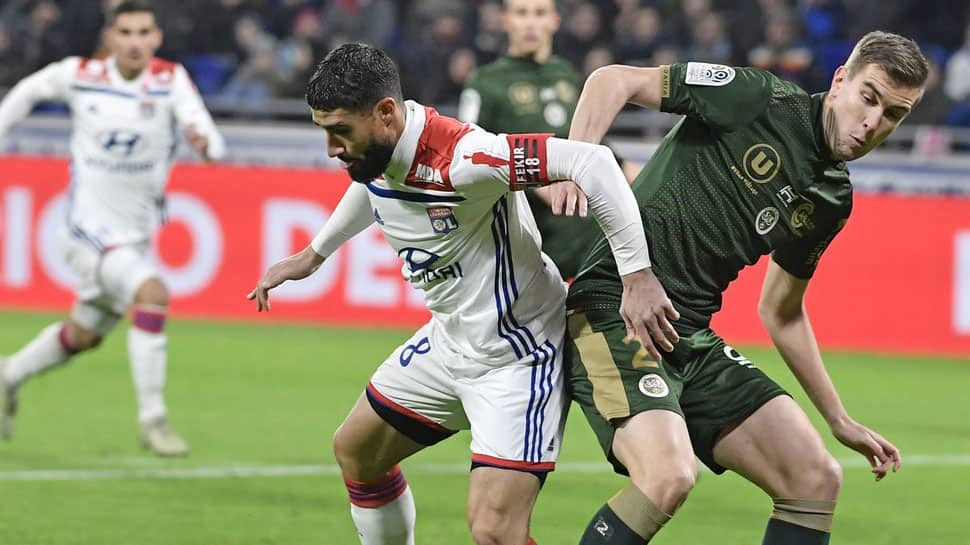 Olympique Lyonnais lost ground in the race for second spot in Ligue 1 when they were held 1-1 at home by Stade de Reims while second-placed Lille cruised to a 3-1 win at Caen on Friday.

Three days after being knocked out in the League Cup quarter-finals, Lyon got off on the wrong foot as Pablo Chavarria pounced to put the visitors ahead in the 35th minute.

The hosts pushed after the break and were rewarded when Bertrand Traore`s strike took a deflection off Ghislain Conan for the equaliser 20 minutes from time.

Reims could feel short-changed after substitute Sheyi Ojo was denied by goalkeeper Anthony Lopes in the closing stages.

The result left Lyon in third place on 33 points from 19 games, four points behind Lille, who have played a game more but were never threatened at Caen. Reims stay seventh with 27.

The northerners raced into a two-goal lead in the opening 20 minutes thanks to goals by Nicolas Pepe and Rafael Leao.

Luiz Araujo added a third in stoppage time after Lille had been reduced to 10 men following Zeki Celik`s dismissal in the 85th minute.

Caen pulled one back five minutes into added time through Casimir Ninga.

Lille are 10 points behind leaders Paris St Germain, who have three games in hand and on Saturday travel to Amiens, who are level on 18 points with Caen just above the relegation zone.

"It went well, we knew we had to defend well," said Lille coach Christophe Galtier. "I`m very satisfied by the team`s behaviour even if I’m a bit upset that we were down to 10 men in the end."