Mercurial striker Balotelli held off Loic Perrin and twisted his body to volley the ball home from a corner in the 12th minute. 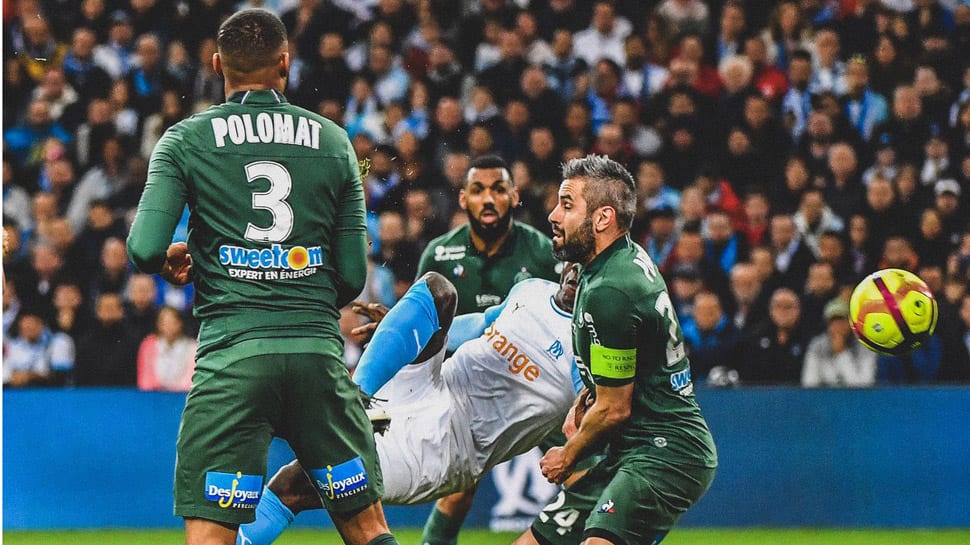 Mario Balotelli scored a superbly acrobatic volley and Florian Thauvin added a penalty to give Olympique de Marseille a 2-0 win over a toothless St Etienne on Monday, that lifted them above their visitors and into fourth place in Ligue 1.

Mercurial striker Balotelli held off Loic Perrin and twisted his body to volley the ball home from a corner in the 12th minute, before celebrating by grabbing a cellphone from a photographer in the Stade Velodrome to record the moment.

Thauvin struck the second from the spot nine minutes later following a handball by Mathieu Debuchy, sealing a straightforward win that put Marseille fourth on 44 points, one ahead of St Etienne.

Earlier in the afternoon, Olympique Lyonnais forward Moussa Dembele struck two second-half goals to round off a thumping 5-1 win over visitors Toulouse in their clash at the Groupama Stadium.

Memphis Depay opened the scoring for the third-placed home side after 10 minutes, but the lead was short-lived as Matthieu Dossevi put Toulouse back on level terms five minutes later.

Bertrand Traore put Lyon back in front with a bizarre goal on the half-hour, whipping a left-foot effort into the danger area that goalkeeper Baptiste Reynet allowed to fly past him.

Lyon went 3-1 up five minutes later when Nabil Fekir won a penalty, which he fired home himself and Dembele's double put the icing on the cake for the hosts.

Lyon are now five points behind second-placed Lille, who won 1-0 at home to Dijon, and 22 adrift of runaway leaders Paris Saint Germain, who have 71 points.

Elsewhere, bottom side Guingamp secured a point with a scoreless draw at home to Nantes while Nice beat Strasbourg 1-0 in a game that saw Nice's Danilo and Strasbourg's Samuel Grandsir both sent off after an ugly 89th minute confrontation.