The game was played in near silence, as Marseille have been ordered to play all games at their home ground behind closed doors as a punishment for fans throwing firecrackers on to the pitch last month. 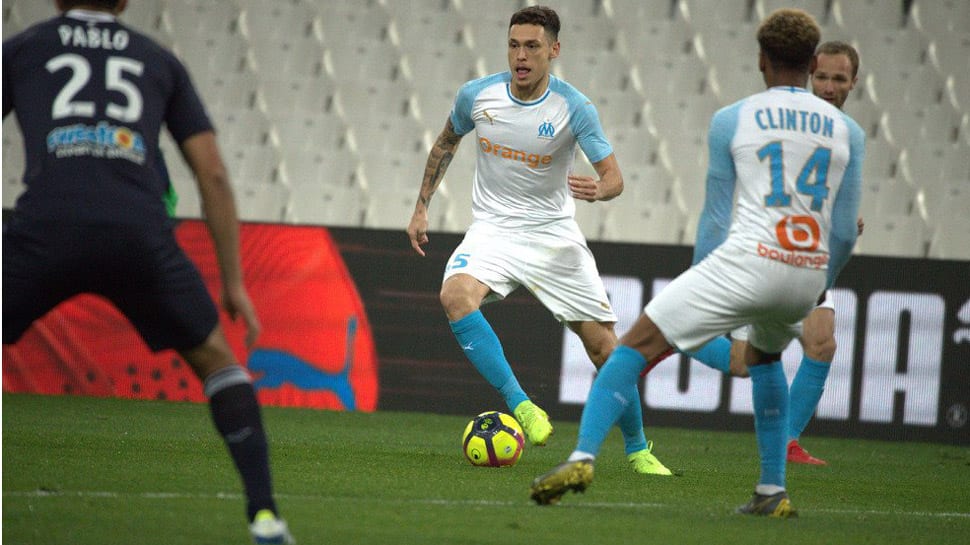 Olympique de Marseille boosted their hopes of qualifying for European football by beating Girondins Bordeaux 1-0 at home in an empty stadium in Ligue 1 on Tuesday, benefiting from Samuel Kalu being sent off midway through the first half.

Teenage defender Boubacar Kamara scored shortly before halftime, nudging the ball in from close range for his first Ligue 1 goal, after Bordeaux winger Kalu had been dismissed for a two-footed lunge on Lucas Ocampos.

The game was played in near silence, as Marseille have been ordered to play all games at their home ground Stade de Velodrome behind closed doors until further notice as a punishment for fans throwing firecrackers on to the pitch in a 1-2 home defeat by Lille last month.

Mario Balotelli was forced to watch from an empty stand as he was ineligible from playing in the rescheduled game.

The original tie was due to take place in December when Balotelli was still a "nice player," but was called off for security reasons due to a demonstration by 'Yellow Vest' protesters.

Marseille's Morgan Sanson, nearly doubled their lead right before the interval when he struck a post while Bordeaux substitute Francois Kamano hit the crossbar in the second half.

Winger Bouna Sarr looked to have made sure of victory for the home side, when he netted in stoppage time but the goal was ruled out for offside after a lengthy video assistant referee (VAR) review.

But the fulltime whistle soon followed, confirming a result which rarely looked in doubt and took Marseille up to seventh in the standings on 34 points, leaving Bordeaux in 12th.