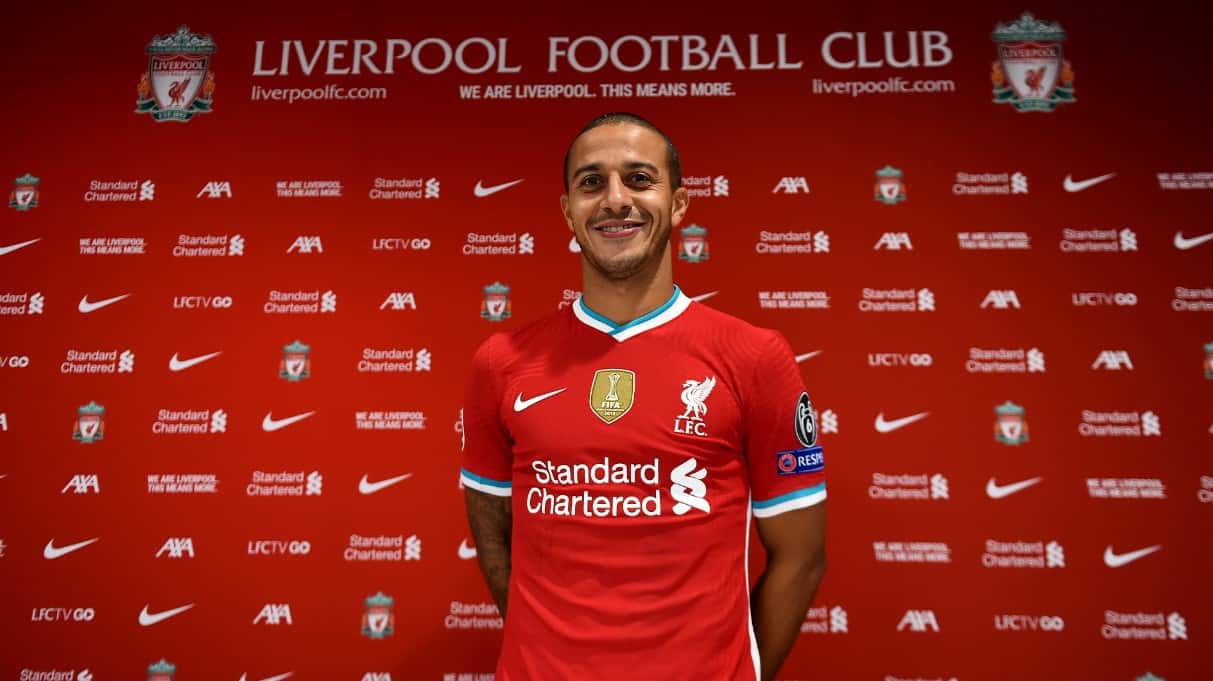 Liverpool: Defending Premier League champions Liverpool have announced the signing of Spanish midfielder Thiago Alcantara on Friday (September 18). The financial details of the deal are yet to come out but according to various reports, the transfer is worth an initial £20 million. He has reportedly signed a four-year deal.

After completing the deal, Thiago told Liverpoolfc.com: “I think it’s an amazing feeling. I was waiting for this moment for a long time and I am very, very happy to be here.

The 29-year-old playmaker moves to Anfield after seven trophy laden seasons at Bayern Munich. Thiago was a vital cog in the German side’s treble winning campaign last season where they won Bundesliga, German cup and Champions League. Thiago made 235 appearances for Bayern across all competitions, scoring 31 goals while also providing 37 assists.

“When the years are passing, you are trying to win as much as you can – and when you win, you want to win more. I think this club describes what I am as well; I want to achieve all of the goals, win as many trophies as possible,” he added.

“It also [has] this kind of family [feeling] that I need because we [like to] have a very close relationship with the club and I think I will feel this, I will have this feeling, with this club as well.”

The playmaker generally operates as a deep-lying midfielder but has been used across various positions in the centre of the pitch which is an ode to his versatility. He is well-renowned for his excellent ball control, dribbling, technique and vision.

Thiago further said: “I must adapt to the team as fast as I can in the situation and the context that we are living right now.

“Everything is more compact and we started a little bit later, but still it is football and I think we have to mix all the big things up, all the good things we have. I will help the team in a defensive and offensive [way] and also in a mental aspect.

Thiago started his professional career with FC Barcelona after spending three years at their fame La Masia youth academy. He moved to Bayern in 2013, where he established himself as a first-team regular.

He has also played 39 matches for the Spanish national after having made his debut in 2011.

Thiago voiced his excitement about his new club and said, “[The fans] are not more excited than I am, for sure not! It is not about saying words, it is about doing the things. I will give my heart on the field to my teammates, the club and also to the fans.”

Thiago’s signing will come as a welcome boon to Jurgen Klopp’s side who have often been criticised for lacking finesse in the midfield despite their tremendous success in the past few seasons.

The Spaniard becomes the club’s second signing this summer following the arrival of  Kostas Tsimikas in August. He has been given the jersey number ‘6’ at Anfield.