A large number of the Anfield faithful have changed their social media avatars to show Barnes`s face but it is not only his 11 Premier League goals this season that have turned him into a poster boy for Burnley`s gritty style. 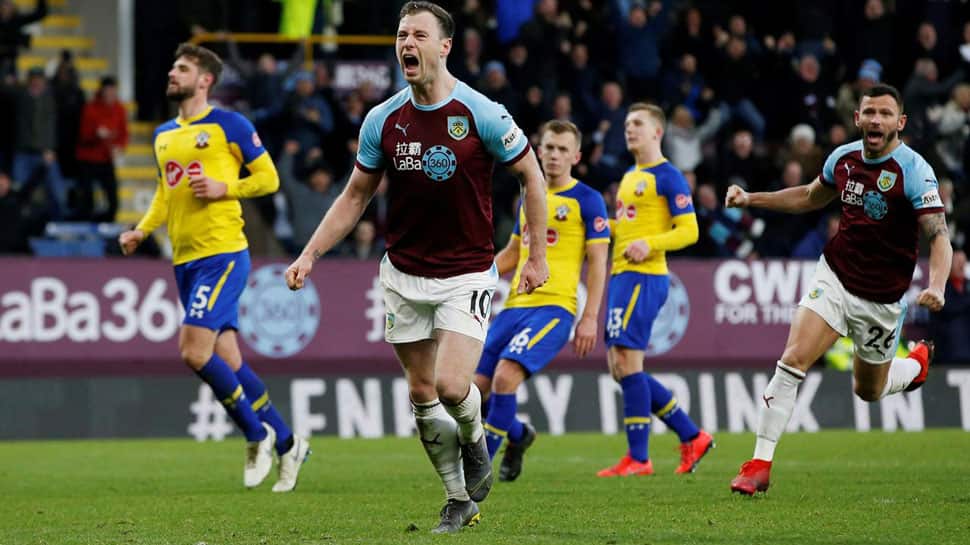 A cult hero for Burnley supporters, striker Ashley Barnes has been adopted, for the weekend, by Liverpool fans hoping he can help pull off an upset against Manchester City on Sunday and give their team a huge boost in their title bid.

A large number of the Anfield faithful have changed their social media avatars to show Barnes`s face but it is not only his 11 Premier League goals this season that have turned him into a poster boy for Burnley`s gritty style.

Barnes was caught on camera laughing in the face of Chelsea`s Mateo Kovacic as the midfielder complained during the 2-2 draw at Stamford Bridge on Monday, the image going viral among online Burnley supporters.

There is a real sense of the underdog about Barnes and his aggressive, physical approach and willingness to make life difficult for defenders, the 29-year-old`s approach betrays his early years in the rough and tumble of non-league football at Paulton Rovers.

"I love stories like Barnesy’s and it continues. When you think he was at Paulton Rovers, he has had to properly earn his spurs, dig in, learn and keep challenging himself to do more and he continues to do that."

"He is a very, very good story, not just a football story but for youngsters, to see there are different ways to (success)," the Burnley boss added.

After getting his initial chance in the professional game with Plymouth Argyle, Barnes`s breakthrough came at Brighton & Hove Albion, then in League One, who he helped win promotion to the Championship in 2011.

"I think he continues to improve, he knows his way around the Premier League more and more, he is a very awkward customer to play against and I mean that in a positive way," Dyche said.

The Burnley manager was a central defender during his playing career at clubs such as Chesterfield and Millwall and he understands how Barnes can affect the minds of his markers.

“The biggest thing for a centre-forward, other than scoring goals, is to put doubt in the (minds of) the centre-halves. Before and during the game."

"I was a centre-half and you try to get a feel before a game, what are they offering? He is a mixed bag, he can offer many different ways and be a real handful. But has got quality as well and as we have seen this season, he does score goals," he said.

Burnley showed in the draw at Chelsea, which all but assured them of another season in the top flight, that they can upset big six clubs and Liverpool fans will be hoping that spirit works in their favour when City come to Turf Moor.

Dyche certainly believes his team have the right attitude.

"I just marvel at my players, they have no baggage about where they are from and they look forward to where they are going and I think that is a great thing," he said.

"It is a collective mentality and he (Barnes) is one of them, he doesn’t mind where he has been, he has learnt a lot from where he is been and now he is looking forward, where can I take it? I love that I think it's brilliant to have a group who think like that".