Liverpool are tied for the lead with Manchester City at the top of the Premier League and have conceded the least number of goals, losing only once in 26 games. 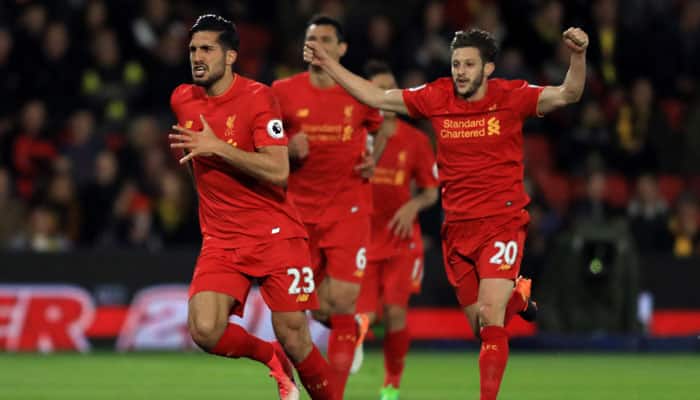 Liverpool`s Premier League form and sturdy defence make them favourites in their Champions League last-16 tie against Bayern Munich on Tuesday, according to the German club`s defender Joshua Kimmich.

Liverpool are tied for the lead with Manchester City at the top of the Premier League and have conceded the least number of goals, losing only once in 26 games. They have also been unbeaten at home in the league and Champions League this season.

"Liverpool are the favourites," Kimmich told reporters ahead of the first leg in Anfield. "They`ve lost one league game all season and have let in only 15 goals.

"When you see their style of playing, they have a really good defence and their offensive line is also amazing. They have a lot of speed, they have players who are tough in the duels. It won`t be easy to fight against them,"he added.

Bayern have not reached a final since they last won the Champions League in 2013 against Borussia Dortmund, who were then managed by Liverpool`s Juergen Klopp, and Kimmich believes they cannot be considered among Europe`s elite on current form.

"When you look at us, we are not as consistent as before," Kimmich said. "We need to improve our style of playing before we can compare to the best teams in Europe."

Napoli held again in latest Serie A stalemate against Torino