The 32-year-old was released by West Ham United at the end of last season but handed a Premier League lifeline last week by Liverpool boss Jurgen Klopp who drafted him as back-up to Brazilian first-choice Alisson Becker. 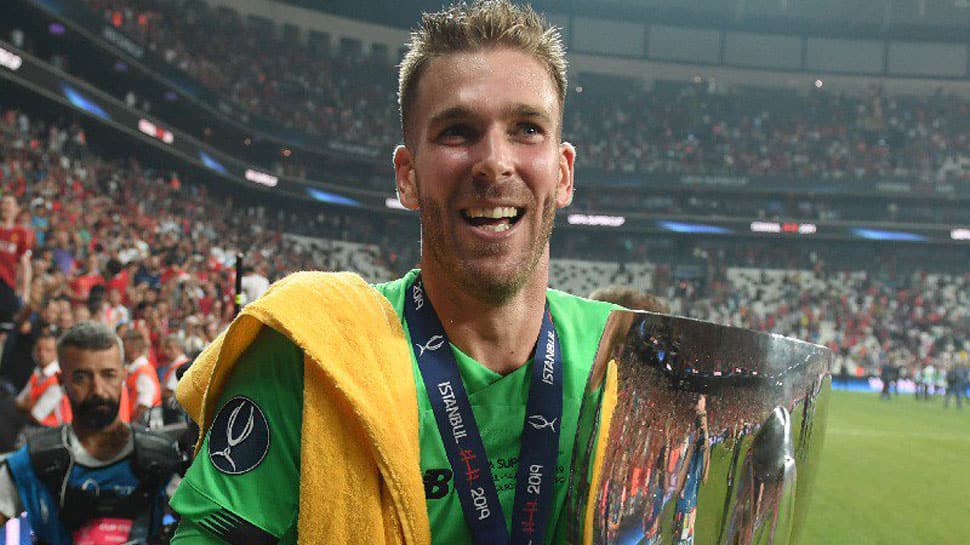 Spanish goalkeeper Adrian was without a club two weeks ago, one of the many free agents searching for employment for the upcoming season -- on Wednesday he was Liverpool`s penalty shoot-out saviour in their Super Cup victory over Chelsea.

The 32-year-old was released by West Ham United at the end of last season but handed a Premier League lifeline last week by Liverpool boss Jurgen Klopp who drafted him as back-up to Brazilian first-choice Alisson Becker.

A season of warming the bench, with perhaps some Cup appearances awaited but in Liverpool`s opening Premier League game against Norwich City on Friday, Alisson suffered a calf injury and Adrian was thrust into action at Anfield.

He was then given the starting job in the annual clash between the Champions League winners and the Europa League victors and after the game ended 2-2 he saved the decisive final penalty, blocking Tammy Abraham`s shot with his legs.

Klopp mimicked Silver Stallone in the Rocky movies when he yelled "Adrian!" into the television microphone and he was clearly appreciative of his goalkeeper`s efforts.

"What a story. He kept his nerves together," Klopp said.

"He`s loud in the dressing room already. I don`t think he`s won a lot in his life so it`s good for him to win it. He made some unbelievable saves, both keepers did, so I`m really happy for him."

Liverpool defender Virgil van Dijk said he had backed the goalkeeper to win the game.

"I told Adrian before penalties he could be the hero and he did it so I`m happy for him and for the club," said the Dutchman.

Adrian himself acknowledged that he had undergone a whirlwind few days.

"Welcome to Liverpool!" he told BT Sport. "It was a crazy week but with (my teammates) it`s so easy playing at the back."