Liverpool boss Juergen Klopp has vowed "there will be fire" when the Merseyside club faces Manchester City in Wednesday's Champions League showdown, saying his team, at their best, are capable of defying the odds to reach the semi-finals. 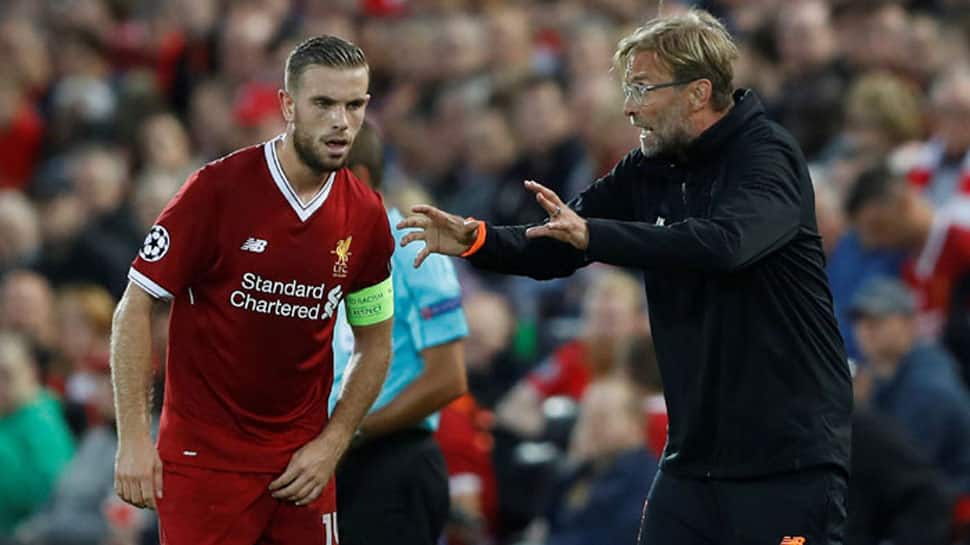 Liverpool boss Juergen Klopp has vowed "there will be fire" when the Merseyside club faces Manchester City in Wednesday's Champions League showdown, saying his team, at their best, are capable of defying the odds to reach the semi-finals.

City visit Anfield in the first leg of their quarter-final tie, resuming a rivalry which has seen 12 goals scored in the last two meetings between the teams.

"If I had the choice to watch a Champions League game on Wednesday I would watch this one," Klopp told reporters.

"I think it's really not... it is about tactics but there will be fire in the game, so that's cool. And it's at Anfield anyway, so a good atmosphere to watch."

Liverpool suffered a 5-0 league defeat at the Etihad Stadium in September after forward Sadio Mane was sent off but exacted their revenge with a 4-3 win at Anfield in January, which remains City's only Premier League defeat of the season.

Despite the defeat, Pep Guardiola's side remains 16 points clear at the top of the standings and Klopp accepts it will be difficult to knock City out over two legs in Europe.

"Actually that was clear before but they are the favourites. We should finish the game with 11 first of all, that would be cool. We know it's difficult.

"At specific moments we are on a similar level but they have been much more consistent and that's why they are higher in the league. We see our chance but we know it will be unbelievably difficult."

Both teams warmed up for the tie with away league wins over the weekend as Liverpool cemented their third-place position in the table with a 2-1 triumph at Crystal Palace, while City eased to a 3-1 victory over Everton at Goodison Park.

Champions League: Pressure back on as Real Madrid and Zinedine Zidane reunite with Juventus